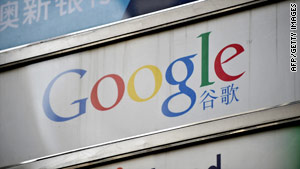 In a speech on Internet freedom and security Thursday in Washington, U.S. Secretary of State Hillary Clinton urged China to investigate such attacks, saying they raised "very serious concerns."

The ministry spokesman sought to reassert that stance Sunday, saying "China's policy on Internet safety is transparent and consistent," according to Xinhua.