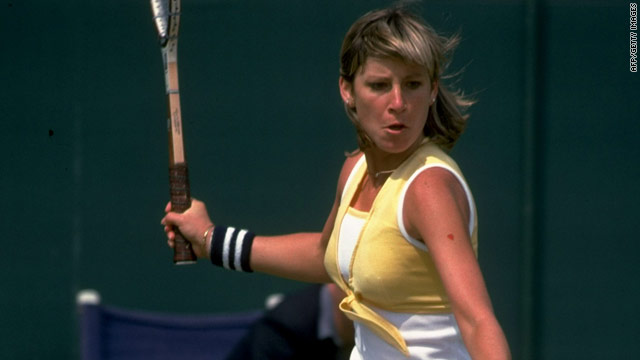 American legend Chris Evert is among the top players to have won the Bank of The West Classic event.
STORY HIGHLIGHTS

(CNN) -- This week's Bank of the West Classic in Stanford, California, reaches a notable milestone as the tournament celebrates its 40th year -- the oldest WTA Tour event on the circuit.

The tournament has been hosted in the grounds of Stanford University for the past 14 years, after various different venues in the North California area, and its roll-call of former winners reads like a who's-who of women's tennis.

Martina Navratilova holds the record for most singles titles, with five between 1979 and 1993.

And, in recognition of reaching the landmark, tournament organizers have arranged a special presentation before the semifinals on Saturday July 31.

It was fitting that King won the initial tournament, as she had fought so hard for the introduction of the WTA Tour.

And, the 1971 tournament at the San Francisco Civic Auditorium, in which King beat Rosie Casals in the final of an event then known as the British Motor Cars Invitational, was to become the first of 24 events that year that formed the first-ever WTA Tour calendar.

The tournament became the Virginia Slims of California in 1974 and its venue moved around the San Francisco area before settling at the Oakland Coliseum between 1979 and 1996.

Just about every great player from the last 14 years has played here.
--Dick Gould
RELATED TOPICS

The tournament has continued to grow and grow since moving to Standford, with Stanford Director of Tennis Dick Gould telling the local Mercury News website: "It's been a great marriage and just about every great player from the last 14 years has played here.

"It's been a really great thing for not only Stanford, but for the Northern California community in general."

Australian Samantha Stosur is the top seed for the 2010 version, although injury means that the Williams sisters -- who both hail from the area -- will not be in action.