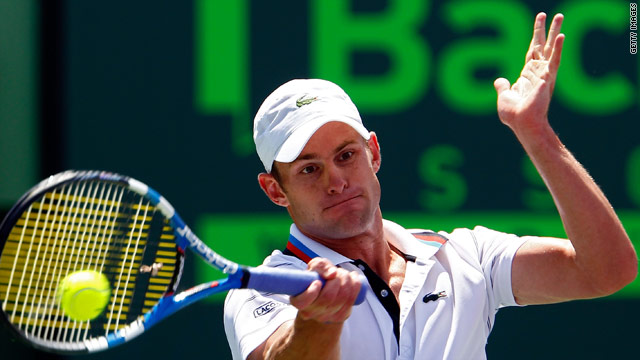 (CNN) -- Andy Roddick has pulled out of the Rome Masters while Venus Williams' knee injury will prevent her from playing in the Fed Cup against Russia this weekend.

The tournament is classed as mandatory for top-ranked players but Roddick will not face any sanctions for dropping out. He is allowed one free exemption per year because he has competed in over 600 matches on the ATP tour.

The tour said they expected Roddick to return to action for the Madrid Masters on May 9, which is two weeks before the French Open.

Meanwhile, Venus Williams has been removed from the U.S. squad for their Fed Cup semifinal with Russia due to a knee injury she picked up at the Miami Masters.

Her sister Serena, the world number one, will also miss the event in Alabama.

Venus said in a statement to United States Tennis Association Web site: "I am continuing to rehabilitate my knee and regret that I will not be able to participate in the Fed Cup tie.

"I waited until this moment in the hope that I would have an opportunity to play but I am being advised by my medical support team that I will need more time to recover.

"I will be rooting for a United States win and look forward to returning to Fed Cup competition."