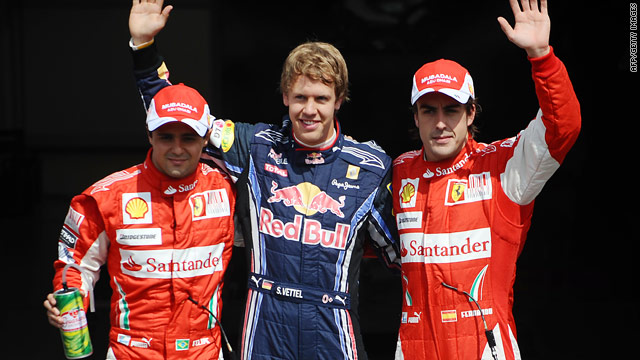 The British driver moved 14 points clear of McLaren teammate Jenson Button, who was fifth at Hockenheim.

Red Bull's Mark Webber retained third after placing sixth, but was caught on 136 points by teammate Sebastian Vettel after the German finished third on his home track after starting from pole position.

Ferrari kept their title hopes alive as Fernando Alonso claimed his second victory of the season ahead of teammate Felipe Massa, mirroring their 1-2 at Bahrain in the opening race of the season.

Third-placed Ferrari trail leaders McLaren by 92 points with eight races left, with Red Bull in second a further 64 ahead of the Italians.