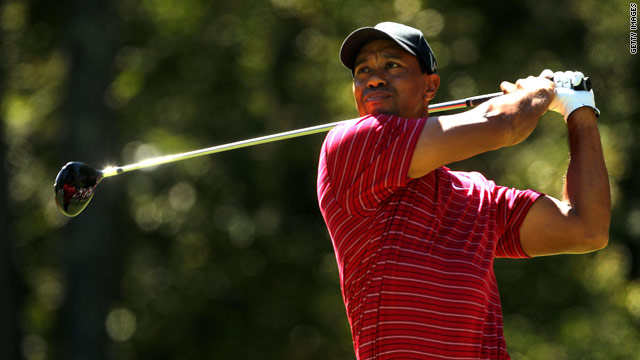 Woods, who held on to his world number one status at the Deutsche Bank Championship after an 11th placed finish, was handed one of four wildcard picks despite an indifferent year.

The 34-year-old struggled for form in the wake of revelations about his private life and last month he confirmed his divorce from Elin Nordegren.

Rickie Fowler, Zach Johnson and Stewart Cink were also included in the 12-strong team to defend the Ryder Cup against Europe at Celtic Manor in Wales at the start of October.

Woods told a news conference he was "honored" to be selected by Pavin: "It's great to be part of the team and I'm honored to be selected and represent the United States.

"I've been to Wales before in the Walker Cup. I'm looking forward to going back and having a great time with the team and hopefully bring the cup back."

Woods has participated in five Ryder Cups and won 10 of the 25 matches he has played, losing 13 and halving two.

"I always love playing in Ryder Cup, being part of the team," Woods added. "It is an experience you will never forget.

"It is one of those things I have been looking forward to. It is nice my game is coming around. I feel my game is not very far away. It makes it a lot easier going into a pressure-packed environment."

Pavin added: "What I was trying to do was not form any opinions until this weekend. I didn't want to burden myself with over thinking this so I just waited.

"I was hoping he [Woods] would qualify on points. He didn't but then I was just waiting to see how he was going to play.

"I'm pleased to see Tiger playing better - he is one of 12 guys on the team and every one is just as important as the other players."

Cink has appeared in four Ryder Cups and won the 2009 Open Championship at Turnberry in Scotland. Johnson won the 2007 Masters and tied for third at the recent US PGA Championship. His only appearance in the Ryder Cup came back in 2007.

Fowler is a Ryder Cup rookie and only turned professional last year. He tied for 14th at this year's Open Championship at St Andrews.