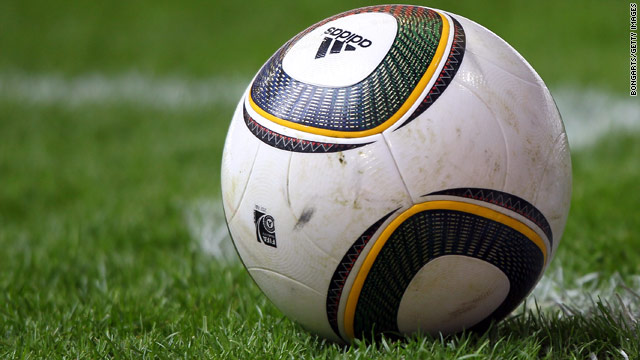 London, England (CNN) -- Tradition dictates that with every World Cup there is a new official ball used for the tournament. But it seems that with every new ball there also comes a great deal of controversy.

It is hard to think of a World Cup that has gone by where a player or a coach has not complained about the ball.

In 2002, the Adidas "Fevernova" used in South Korea and Japan was lighter than those used before and was believed to help the more technical players, with Italy's goalkeeper Gianluigi Buffon labeling it as a "ridiculous kiddie's bouncing ball."

And in 2006, Germany goalkeeper Oliver Kahn claimed that the same company's heavier "Teamgeist" ball was "built in favor of the strikers."

Video: Excitement ahead of World Cup

So after players got hold of the "Jabulani" -- launched for use at the 2010 tournament which begins in South Africa on June 11, and played with for the first time by teams this week -- the early signs are that this orb will prove no exception.

After his team's warm-up win against Saudi Arabia last Sunday, Spain goalkeeper Iker Casillas unfavorably compared the Jabulani -- which translates as "to celebrate" in Zulu -- to a beach-ball.

Since playing with it in his team's friendly with Japan at the weekend, England's David James has become the latest of a number of high-profile goalkeepers -- along with Buffon and Brazil's Julio Cesar -- voicing their concerns over the ball.

"The ball is dreadful," the 39-year-old told reporters. "There are undoubtedly going to be some goals scored in this tournament which in previous tournaments with different balls wouldn't have been scored. It'll allow some people to score extra goals, but leave some goalkeepers looking daft."

But unlike past World Cups where strikers and goalkeepers were divided over the merits of the ball, this year those in-goal have been backed up by some on-field players too.

According the Jabulani's creator Adidas, revolutionary "grip and groove" technology combines with high-tech 3-D panels to make a ball which is both perfectly round and extremely aerodynamic.

But a string of top players from the 32 participating World Cup teams have complained that the more lightweight ball is hard to control and can be unpredictable in the air.

Marcos Tulio Tanaka, who scored a goal for Japan as well as an own-goal for England on Sunday, has described the ball as "difficult for defenders to deal with."

And Italy striker Giampaolo Pazzini agrees. "The new ball is a disaster for strikers," he said. "It's fast and it weighs less than a normal ball."

But despite such pre-tournament disapproval, Adidas officials have staunchly defended the Jabulani ball. They insist that it has been designed to aid the players, with the latest advances in football technology in mind.

English sports scientist Andy Harland, who came up with the concept for the new ball with a team from Loughborough University's Sports Technology Institute, has also been quick to stand up for his design.

Harland believes that it is a change in altitude -- not the ball -- which is causing the problems for the players.

"I've seen nothing that's concerned me," he told British broadcaster Sky Sports. "This ball has been around since December and been used since then around the world with very few comments.

"Teams have gone to altitude, and you've seen comments come out in those circumstances. Whichever ball you play with at altitude is going to be affected."

FIFA secretary general Jerome Valcke has also hit back at critics of the ball, responding to Brazil striker Luis Fabiano's comment that the ball was "weird" and claiming that teams just want to use it as an excuse.

"It's a ball which has been used by a number of teams for months. It's Brazil who say that because they are afraid that they will not make it -- and it'll be due to the ball," Valcke said at a press conference on Tuesday.

For Harland, too, the criticism of his Jabulani ball has not come as a shock.

"It's not entirely unexpected. Before every tournament players come out and voice their opinions," he said.

And like Valcke, he believes that all the pre-tournament controversy about the ball will disappear as the World Cup gets under way in South Africa next week.

"There are no secrets about this ball. The ball is designed to allow the very best players in the world to exhibit their skills.''