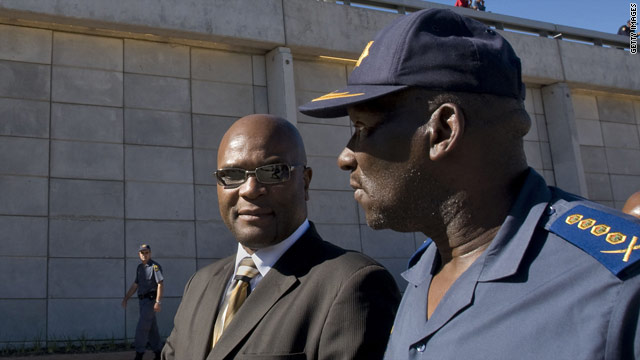 (CNN) -- South Africa's police minister has claimed there is currently no terrorist threat to the upcoming World Cup.

Nathi Mthethwa sought to refute recent media reports alleging that South Africa is vulnerable to some form of terrorist attack during the June 11 to July 11 tournament.

He said South African police have been working closely with intelligence agencies in each of the 31 countries sending teams to South Africa.

"It would be folly for any country to grandstand and proclaim that it is immune to terror attacks," Mthethwa told reporters in Johannesburg on Monday. But "there is no threat to South Africa as we speak now."

Mthethwa played down last week's warning by the U.S. government to its citizens that South Africa faces a heightened risk of terrorism during the World Cup.

Each country has the right to say whatever they want to say to their citizens
--Nathi Mthethwa, Police Minister

Mthethwa his forces would be ready to deal with any threat that might emerge.

"Each country has the right to say whatever they want to say to their citizens," he said.

"All we are saying in South Africa is that together with the security forces of U.S., UK and others, we have prepared ourselves for any eventuality."

Meanwhile, on the pitch, there was a major boost for the host nation as South Africa recorded their biggest victory since returning to international football in 1992 with a 5-0 thrashing of Guatemala.

Katlego Mphela scored twice from the penalty spot, while Reneilwe Letsholonyane, Surprise Moriri and Bernard Parker were also on the scoresheet as Bafana Bafana warmed up for the showpiece in style.