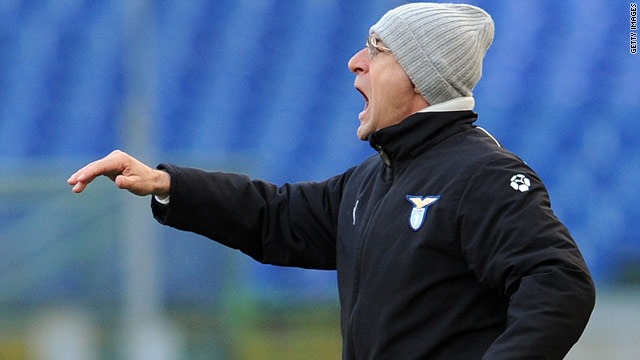 (CNN) -- Edy Reja has been named as coach of Italian Serie A strugglers Lazio following the dismissal of Davide Ballardini.

The experienced Reja has signed a contract until June 2011 after being released from his deal with Croatian side Hadjuk Split.

He takes over a club in serious relegation trouble, with last weekend's 1-0 defeat by Catania seeing them drop to 18th place in the 20-team league -- a result that was to ultimately cost Ballardini his job after just eight months in charge of the Roman club.

Ballardini took over the reigns in June last year, replacing Delio Rossi, and led the Coppa Italia winners to a 2-1 victory over Inter Milan in the Supercoppa Italiana, a one-off match played in Beijing.

However, despite that bright start, the Biancoceleste achieved just four wins under Ballardini and were knocked out in the group stages of the newly-formed Europa League -- as well as losing their hold on their Coppa Italia.

The 64-year-old Reja is a vastly experienced Serie A coach, with his four-year stint at Napoli the highlight of a career which has seen him take charge of a remarkable 19 other Italian clubs.