Werder through to German Cup semis 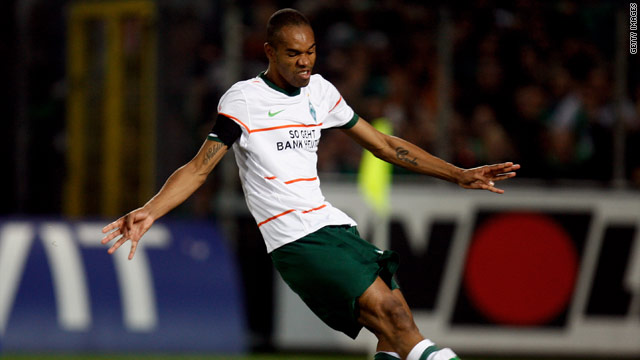 (CNN) -- Holders Werder Bremen are through to the semifinals of the German Cup after a 2-1 win over fellow-Bundesliga side Hoffenheim on Tuesday.

Werder only recently ended a poor run of five straight defeats and they were always the better side, taking the lead in the 27th-minute when an unstoppable free-kick from Brazilian Naldo flew home from the edge of the penalty area.

With snow falling thoughout the second half, Hoffenheim levelled with 17 minutes remaining when Prince Tagoe headed home Christian Eichner's cross from close range for his first goal in German football.

The result means Thomas Schaff's side are through to another semifinal just a year after reaching the finals of both the German Cup and the UEFA Cup, now the Europa League.

The three remaining quarterfinal matches take place on Wednesday, with Bayern Munich, Schalke and Cologne all favorites to progress.