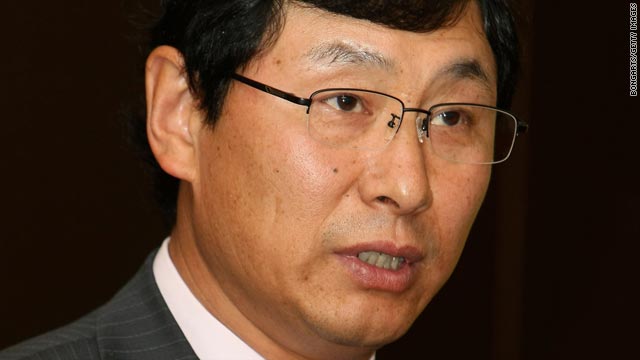 (CNN) -- China's top soccer official has been sacked after being questioned by police as part of an investigation into match-fixing.

China's General Administration of Sport (GASC) made the decision to replace Nan with Chinese football in disarray following a series of scandals and with the national team having failed to qualify for the 2006 and 2010 World Cups.

"The GASC has decided to appoint Wei Di as the new director of China's Soccer Administrative Center," its vice-minister Cui Dalin told reporters, according to Xinhua.

"The decision to remove Nan Yong as director and Yang Yimin as deputy director has also been made since both of them are now helping the police in investigations into the commercial bribery and match-fixing cases."

Wei Di, who was head of China's Water Sports Administration, has little experience in football, having also been in charge of Chinese boxing and weightlifting.

Nan, Yang and Zhang were summoned by police in the northeastern province of Liaoning to help with a probe into several cases of gambling and match-fixing in domestic league games, Xinhua reported

The Chinese Ministry of Public Security (MPS) is continuing investigations which saw four people detained for suspected bribery in November.

More arrests were made in December, including two leading officials from the Chengdu Blades club, Xinhua said.

China began its clean-up campaign in March last year with the creation of a high-profile committee charged with stamping out corruption in the sport.