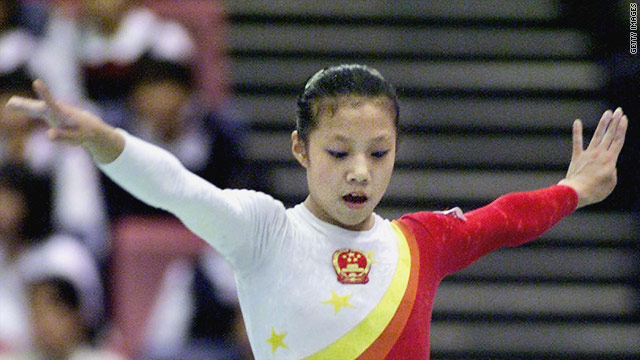 Dong Fangxiao was 14-years-old when she won the bronze medal at the 2000 Olympics in Sydney.
STORY HIGHLIGHTS
RELATED TOPICS

(CNN) -- The International Olympic Committee on Wednesday stripped China of a bronze medal in the women's team event at the 2000 Olympic Games after finding one of the team's athletes was underage.

The United States will be awarded the bronze medal instead, the IOC said in a news release.

The International Gymnastics Federation (FIG) in February decided to cancel all results obtained by gymnast Dong Fangxiao at the Sydney, Australia, Games.

"The FIG conducted an inquiry which showed that the athlete was only 14 years old during the 2000 Sydney Olympic Games," the IOC said. Under FIG qualification rules, athletes must be 16 in the year of the Games in order to compete.