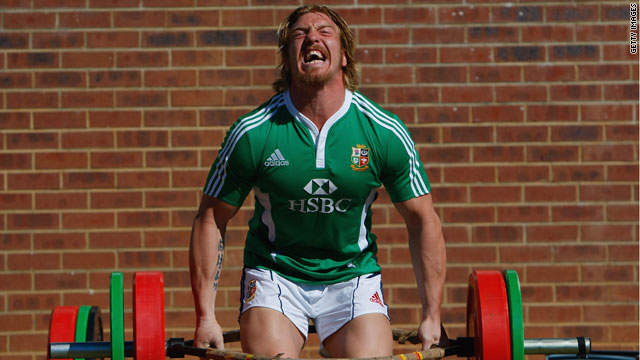 (CNN) -- The governing body for Rugby Union in Wales has confirmed that international player Andy Powell has been dropped from the national side after police charged him with driving a golf cart while drunk.

Powell was arrested just hours after helping Wales beat Scotland 31-24 in the Six Nations Championship at the Millennium Stadium in Cardiff, and now faces a court hearing in Cardiff on March 2.

The 28-year-old back-row forward was stopped and breathalyzed by police in the early hours of Sunday morning at a highway rest stop close to the hotel where the Wales team were staying.

The Welsh Rugby Union (WRU) said in a statement: "This kind of behavior cannot be tolerated in a professional, elite sporting environment and we have acted quickly and incisively in order to leave no ambiguity over the dim view we take of this situation."

Powell, who has won 14 caps for Wales and toured South Africa with the elite British and Irish Lions side, took part in a thrilling game against Scotland the day before in which Wales clinched a last-minute victory.

This kind of behaviour cannot be tolerated in a professional, elite sporting environment
--The Welsh Rugby Union

South-Wales police said Powell was charged with "driving a mechanically propelled vehicle whilst unfit through drink."

The WRU went on to say: "The player has made his private apologies to the Welsh management team as well as apologizing in a public statement.

"We will now leave the [police] to conclude the matter."

Powell's agent Mike Burton told BBC Radio: "Andy was disappointed and embarrassed to find himself in this position.

"Andy remains a committed professional and will now work towards re-establishing himself in the Welsh squad at a time when the WRU team management think fit."

A specific replacement for Powell will not be added to the Wales squad, who lie forth in the Six Nations table.