Djokovic eases through to quarterfinals 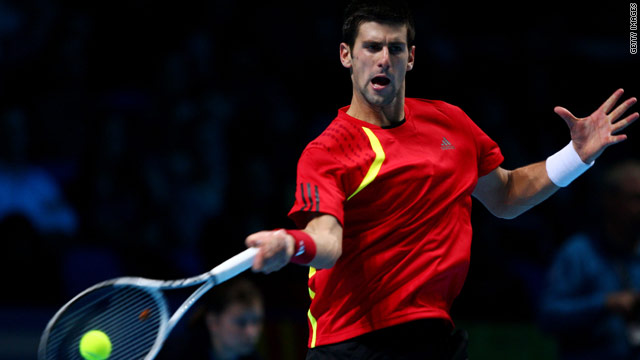 Novak Djokovic is through to the semifinals in Rotterdam after last eight opponent Florian Mayer pulled out.
STORY HIGHLIGHTS
RELATED TOPICS

(CNN) -- World number two Novak Djokovic is through to the semifinals of the ABN AMRO tournament in Rotterdam after a comfortable straight sets victory over Marco Chiudinelli of Switzerland on Thursday.

The top seed secured his quarterfinal place with a 6-4 6-2 win, despite only converting three break points.

However, last eight opponent Florian Mayer has been forced to pull out with a left leg injury, meaning the Serb gets a bye into the semis.

In the day's other matches, sixth seed Mikhail Youzhny and fourth seed Gael Monfils will meet in an explosive-looking last eight showdown after both claimed straight sets wins.

Another Frenchman, Julien Benneteau, is also through and will next face third seed Robin Soderling after defeating Michael Berrer of Germany 6-4 6-4.