Safina backs out of Dubai appearance 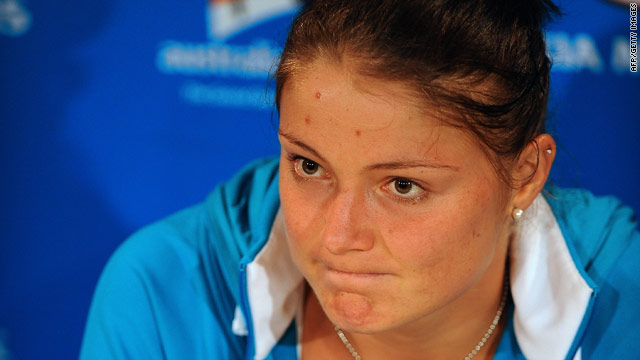 (CNN) -- World No. 2 Dinara Safina has been forced to pull out of next week's Dubai Tennis Championships due to her ongoing back problems.

The Russian announced on her Web site that she had been suffering from the injury since last year.

"Unfortunately, I will not be able to play the Barclays Dubai Tennis Championships this year because of the back injury that's been bothering me since the end of last season," the 23-year-old said.

"I wish the tournament the best of success on its 10th anniversary and hope to be back next year, as it's one of my favorite events."

Safina lost her No. 1 ranking for the second time after retiring hurt during her first match at the season-ending Sony Ericsson Championships in Qatar in October, and revealed then that she had been struggling with the problem for three months.

Forced to withdraw from her scheduled opening event of 2010, the Brisbane International, Safina was then beaten by compatriot Elena Dementieva in the quarterfinals in Sydney.

She had to retire in the fourth round of the Australian Open in the first set of her clash with another Russian, Maria Kirilenko.

Dubai organizers expect the rest of the world's top-10 players to play, including Australian Open winner Serena Williams and her sister Venus, the defending champion.

World No. 1 Serena pulled out of this week's Paris Indoor Open due to a leg injury, leaving Dementieva as the highest-ranked player.

The world No. 7, last year's runner-up to Amelie Mauresmo, has a first-round bye and will begin her title bid against Iveta Benesova of the Czech Republic or fellow Russian Anastasia Pavlyuchenkova, who meet on Tuesday.

Hungary's Agnes Szavay walked into the second round when Olga Govortsova of Belarus retired hurt while trailing 6-3 1-0, and will face third seed Yanina Wickmayer in the second round if the Belgian beats Croatian wildcard Petra Martic.

Defending champion Vera Zvonareva of Russia is top seed for this week's other WTA Tour event, the Pattaya Open in Thailand.