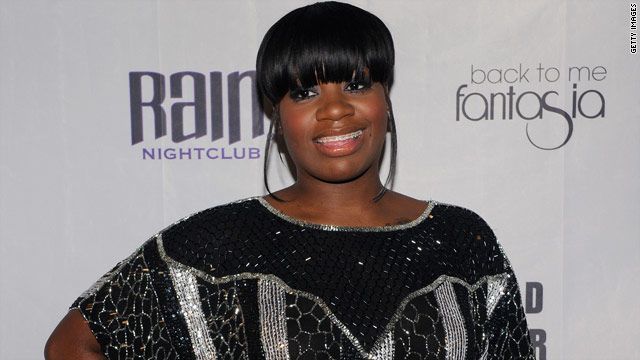 Singer Fantasia Barrino is involved in the divorce case of Antwaun Cook who she has dated.
STORY HIGHLIGHTS
RELATED TOPICS

(CNN) -- Fantasia Barrino testified in her boyfriend's child custody case in a Charlotte, North Carolina, court Monday, according to a court spokesman.

Barrino's controversial relationship with Antwaun Cook led his wife, Paula Cook, to accuse the "American Idol" winner of wrecking her marriage and stealing her husband.

The singer testified that she knew from the first day of her relationshsip with Cook that he was married and still living with his wife, according to two sources who were in the courtroom. The sources asked not to be identified because of the sensitivity of the information.

Her manager offered no response when contacted by CNN Monday.

Barrino publicly acknowledged the relationship last summer, but she insisted then that she did not know Cook was a married man.

Paula Cook alleged in a court filing that her husband and Barrino engaged in a year-long affair in which her husband enjoyed "the lavish benefits associated with the high-profile relationship."

Barrino was treated at a Charlotte hospital for a "sleep aid" overdose several days after Cook's wife filed her child custody petition in Mecklenburg County District Court in August. She later said she purposefully overdosed.

Barrino's raw talent as a songstress, combined with her hard-luck story as a teenage mother, won her many fans, starting with her winning "American Idol's" third season.

Her six-year-long entertainment career has been pockmarked with adversity, including being sued by her own father and well-publicized financial troubles.

She is currently touring the United States supporting her "Back to Me" album.