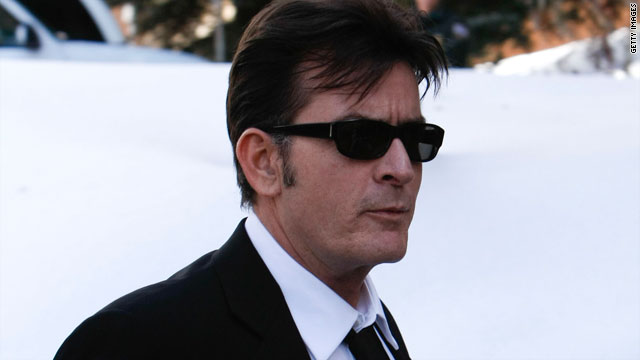 Sheen's representative blamed an "adverse allergic reaction" to a medication for the hospitalization.

"Charlie Sheen has been discharged from a hospital in New York and is returning to Los Angeles today," Sheen representative Stan Rodenfield said Tuesday afternoon. "Everything else is speculation."

Police would only identify the man as a 45-year-old white male, but a law enforecement source who asked not to be identified because he was not authorized to speak confirmed it was Sheen. Sheen is 45.

A woman was in Sheen's hotel room when police arrived, the source said. The source would not identify the woman.

Video: Richards: At hospital with Sheen

An ambulance carried him from the hotel to New York Downtown Hospital at 1:30 a.m., a New York Police Department spokesman said.

"What we are able to determine is that Charlie had an adverse allergic reaction to some medication and was taken to the hospital, where he is expected to be released tomorrow," Rosenfield said.

Sheen spent at least a month this year at a Malibu, California, rehab center, but it was never disclosed what he was treated for there.

A Colorado judge allowed the actor to count his time at Promises of Malibu toward a 30-day jail sentence after he entered a guilty plea in August to a charge in Aspen, Colorado. The plea deal reduced the charges from felony domestic violence charges to a misdemeanor third-degree assault count.

Sheen's three months of unsupervised probation ends on November 2, according to an Aspen court official. Since police did not file charges relating to Tuesday's New York incident, it has no bearing on the Colorado case, the official said.

The son of actor Martin Sheen, Charlie Sheen recently signed a new contract last summer to continue with his hit CBS sitcom "Two and a Half Men."

CNN's Brittany Kaplan and Rachel Wells contributed to this report.