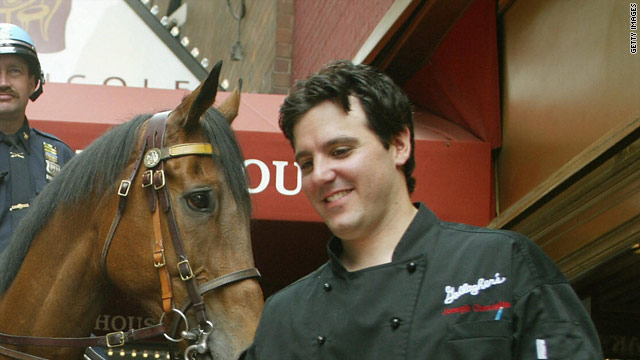 Cerniglia, 39, jumped from a bridge into the river last Friday in what the medical examiner ruled was a suicide.

His Fairlawn, New Jersey, Italian restaurant was struggling when reality show host Gordon Ramsey taped an episode with Cerniglia in 2007.

"Your business is about to f**king swim down the Hudson," Ramsey said to Cerniglia, while offering advice on how to turn his business around.