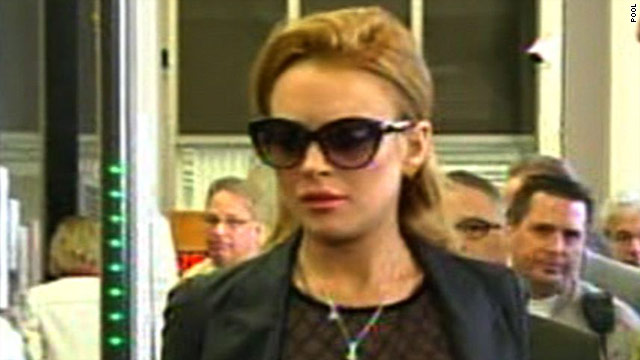 Los Angeles, California (CNN) -- Actress Lindsay Lohan has decided to check herself into a substance abuse rehab program in the next few days, a source close to the actress said Sunday.

Lohan's decision came two days after a Los Angeles judge ordered her to jail without bail in the wake of a failed drug test. Another judge allowed her to post a bond Friday evening.

It was not immediately clear which rehab program Lohan would enter, said the source, who asked not to be identified because the source was not authorized by the actress to release the information.

"Substance abuse is a disease, which unfortunately doesn't go away over night," Lohan wrote in a September 17 Twitter message. "I am working hard to overcome it and am taking positive steps."

Video: Michael Lohan: I'd rather be in jail

Video: Whoopi: I think Lohan can beat this

When CNN called her father, Michael Lohan, for his reaction to word his daughter would go to rehab voluntarily, he said "Finally, they listened to me."

He told CNN on Friday that he was praying that defense lawyer Shawn Chapman Holley "does the right thing and advises her to go right into rehab now, and show the judge she's serious, because in 30 days when she goes back before the judge he can do whatever he wants."

A judge granted Lohan bail Friday night, overturning a decision earlier in the day that sent the actress to jail until a probation revocation hearing four weeks away, a court spokesman said.

Judge Eldin Fox ordered the preliminary revocation of Lohan's probation Friday morning based on a probation report saying she tested positive for controlled-substance use.

The probation revocation hearing was set for October 22.

Lohan was arrested twice in 2007 on charges of driving under the influence, and in the second incident, she was charged with cocaine possession.