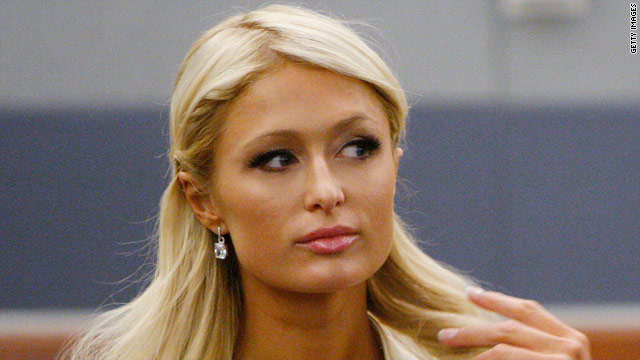 The American socialite was heading back to the United States "after a lengthy delay at Japanese immigration," her spokesman said Wednesday.

"Paris is very disappointed and fought hard to keep her business commitments and see her fans, but she is forced to postpone her commitments in Asia," the spokesman said.

She arrived in Japan on Tuesday and had been allowed to spend the night, to see whether immigration officials would reconsider their initial refusal to allow her entry. Hilton left about 4 p.m. Wednesday, before they reached a final verdict, said an immigration official at Narita Airport.

Video: Hilton get what she deserved?
RELATED TOPICS

Hilton pleaded guilty to a drug charge earlier in the week in Las Vegas, Nevada. Japan generally denies entry to foreigners who are on probation.

Hilton had traveled to Japan because of "business obligations planned many months earlier," her spokesman said.

"Paris understands and respects the rules and laws of the immigration authorities in Japan and fully wishes to cooperate with them," the spokesman said. "Paris looks forward to returning in the future to a country she loves and has been coming to for the past 10 years."

On Monday, Hilton entered guilty pleas to misdemeanor charges of drug possession and obstruction of an officer, but a felony cocaine possession charge was dropped. She was sentenced to a year of probation, a $2,000 fine and 200 hours of community service.

She was arrested on the Las Vegas Strip last month after she and her boyfriend were stopped by a motorcycle officer who smelled marijuana coming from their vehicle.

Hilton admitted in court Tuesday that a small amount of cocaine found in her pocketbook was hers.

CNN's Junko Ogura and Marc Balinsky contributed to this report.