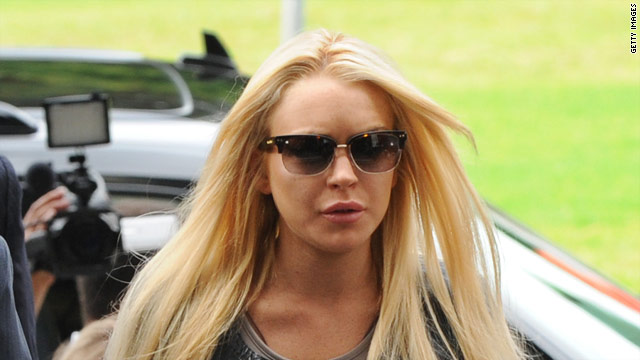 Lohan acknowledged through Twitter postings Friday night that she failed a recent drug test and that she was "prepared to appear before judge Fox next week as a result."

Judge Elden Fox signed a bench warrant for Lohan's arrest but is holding it until a hearing at 8:30 a.m. Friday, according to Los Angeles Superior Court spokesman Allan Parachini.

"Regrettably, I did in fact fail my most recent drug test and if I am asked, I am prepared to appear before judge Fox next week as a result," Lohan tweeted Friday evening.

Lohan made fun of her substance abuse troubles in a backstage skit broadcast during last Sunday's MTV Video Music Awards.