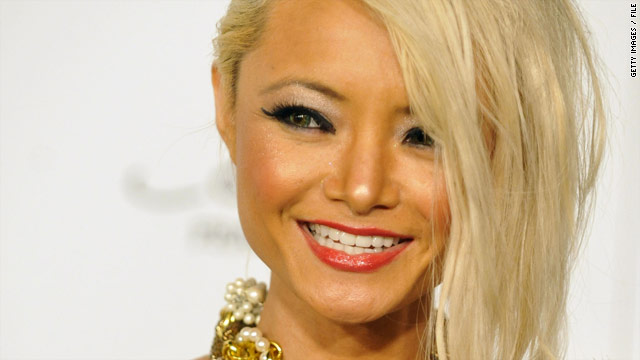 Los Angeles, California (CNN) -- Reality TV star Tila Tequila said she wants to bankrupt organizers of the "Gathering of the Juggalos" festival where an angry crowd attacked her with rocks and bottles last weekend.

"I'm hoping this will be the last juggalos gathering that they will ever have," Tequila said Monday in an interview with E-Online.

Her lawyer is preparing to sue the festival, which is organized for fans of the hip-hop group Insane Clown Posse. Festival organizers did not respond to CNN requests for a response. This was the event's 11th year, the fourth in rural Hardin County, Illinois.

Cuts on the Playboy model and singer's face required stitches. And her body is covered with bruises, she said.

An angry crowd pelted Tequila with rocks, bottles and human excrement as she performed early Saturday, she said.

"If you just look at these people, or monsters, whatever they are, they looked very angry and violent," Tequila said.

Tequila eventually escaped, but only after windows in her sports utility vehicle were smashed, according to the local sheriff.