Editing changes reality in TV show for 'The Real Housewives of D.C.' 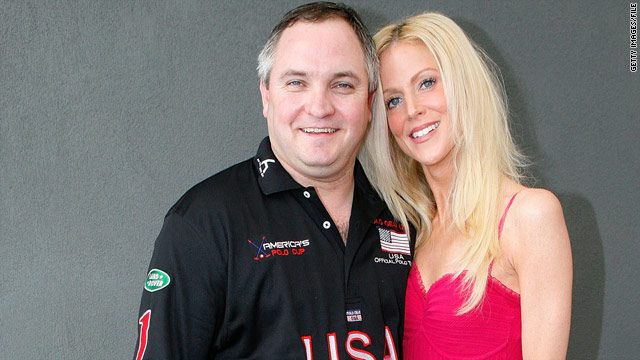 Tareq and Michaele Salahi were shown on television arriving at a party with what appeared to be a police escort.
STORY HIGHLIGHTS
RELATED TOPICS

Washington (CNN) -- A Washington D.C. Metropolitan police car was incorrectly edited into a clip of "The Real Housewives of D.C.," a publicist for the reality show's production company said Sunday.

The information came to light a day after District police announced they would investigate whether reality stars Tareq and Michaele Salahi got a police escort for their limousine to attend a party, as depicted on this week's episode of the reality TV show.

The party shown in this week's series took place the evening of October 13 at The Park at Fourteenth, six weeks before the White House event.

"Half Yard Productions reviewed all of the footage from the party in question and the police escort for the Salahi's limo was a Park Police escort," said Bronagh Hanley, a publicist for Half Yard, in an email to CNN. "The MPD [Metropolitan Police Department] car featured in the episode was not the escort car and was edited into the shot incorrectly."

Lisa Bloom, the Salahis' lawyer, concurred that Metropolitan police were not involved in escorting her clients, but didn't know if there was an escort provide by Park Police.

Bloom said all reality show contracts say producers can manipulate the facts, manipulate the video and there's nothing the talent can do about it. She said it really puts people in a bind.

District police spokesman Lt. Nicholas Breul told CNN Saturday that they were alerted to the episode by a reporter who saw the reality show on TV.

"The chief has asked that an investigation be conducted into whether or not there was any type of an escort for the Salahis. We're working to identify the car and the officer."

Breul told CNN that the department typically provides escorts for the president of the United States and other dignitaries, but not for private citizens.

"Escorts are generally used for safety reasons to swiftly move people, and those are generally dignitaries, from one point or another," Breul told CNN. "Generally speaking, there are no escorts for people going to parties or social functions."

According to the Washington Post, the markings on the police cruiser identify it as belonging to the police department's 3rd District.

Capt. Juanita Mitchell, the watch commander for the 3rd District, did not know about the alleged escort.

"I have no knowledge of what you are referring to," Mitchell told CNN.

CNN requested comment from Park Police, but has not heard back from the agency.