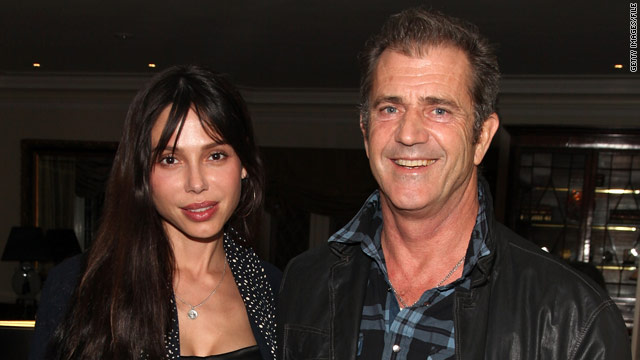 "Allegations of extortion have been brought to our attention and we are certainly going to look into it," spokesman Steve Whitmore said Wednesday.

Grigorieva's spokesman told CNN Wednesday that she stands by an earlier statement that there is "no credible evidence" of extortion.

"To specifically address the allegations, my client, Ms. Grigorieva, has repeatedly stated that there is no credible evidence whatsoever of extortion by her, and she stands steadfastly by that statement," her spokesman, Steve Jaffe, said.

Several explosive audio recordings, purportedly between Grigorieva and Gibson, have been released online in recent days.

RadarOnline released another recording Tuesday of a vicious argument purportedly between Gibson and Grigorieva, in which the man is accused of striking the woman and the couple's child -- an accusation the man does not deny.

Malibu Hills, California, police opened an investigation earlier this month into an alleged domestic violence incident between Gibson and Grigorieva, who are locked a custody dispute over their 8-month-old daughter.

Whitmore said last week that the recordings "will be part of the investigation" into the alleged domestic violence.

Grigorieva filed a restraining order against Gibson alleging that he struck her in the face, according to her spokesman, Stephen Jaffe. A court hearing on that order is set for Thursday morning.