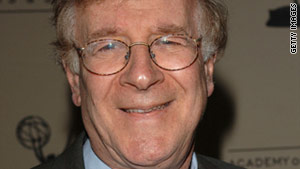 Steve Landesberg, pictured in 2005, has died of cancer, his agent said. The actor was 65.
STORY HIGHLIGHTS
RELATED TOPICS

(CNN) -- Steve Landesberg, best known for his role as a cerebral detective on the TV sitcom "Barney Miller," has died of cancer, his agent said. He was 65.

"Steve was a true 'Gentleman,' " Landesberg's agent Jeffrey Leavitt said late Monday, shortly after the actor's death. "Working with Steve was an honor both personally and professionally. ... He will be missed."

Landesberg played with deadpan delivery Detective Arthur Dietrich on "Barney Miller," an often infuriatingly intellectual member of a New York City police station in Greenwich Village, who toyed with those who crossed his path in the precinct. The series ran from 1975 to 1982.

In addition to his stint on the sitcom, Landesberg made guest appearances on a number of shows, including "Saturday Night Live," "The Golden Girls" and "Law & Order." He also appeared in the 2008 movie "Forgetting Sarah Marshall."

He is credited with the quote "Honesty is the best policy, but insanity is a better defense," according to WorldofQuotes.com.