Will Conan O'Brien live up to the 'Conan' hype? 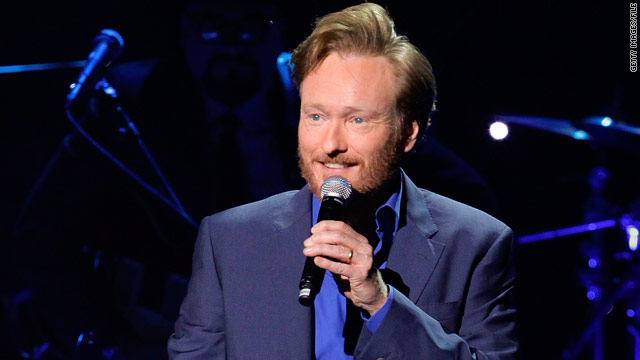 (CNN) -- It's time to see if the dancing taco, explosive commercials, clever tweets and other promotions will pay off for Conan O'Brien.

The show marks the host's return to television in the wake of what some called the "Leno-O'Brien late night war" months ago at NBC. Expectations are high, according to many observers.

"Given the massive promotional effort, I think it's very important for him to have a big tune-in and I think he will have one," said TV critic Ed Bark who blogs about television on his site Uncle Barky's Bytes. "I'd be shocked if he didn't beat all of the other late night shows [on Monday] night."

But can the carrot-topped host with his band of devoted fans known as Team Coco sustain that?

The debut has gotten a lot of support with ads and an online campaign which included a 24-hour webcam and a preview episode.

Given that O'Brien is moving from a major broadcast network to a basic cable channel, Bill Gorman of TV by the Numbers said the comedian "certainly doesn't have to get broadcast ratings to be considered successful on TBS."

"Of course people are going to compare his number to broadcast, because that's just the way things work," Gorman said. "But I doubt TBS is thinking he's got to do as well as Leno or Letterman because the economics of the business are different."

TBS is owned by the same parent network as CNN.

Gorman explained that a "1.0 rating" for the coveted age group of adults 18 to 49 translates to about 1.3 million viewers. For the week ending October 29, CBS's "Late Show with David Letterman" bested NBC's "The Tonight Show with Jay Leno" with a 1.0 rating versus a 0.9 rating respectively, marking the first time Letterman had beaten Leno in that demo since the latter's return to "The Tonight Show."

A series like syndicated episodes of "Family Guy" is considered very successful, Gorman said, and that week received a 0.9 rating.

Not that "low Jon Stewart levels" is a bad thing. Gorman, whose site has been polling visitors regarding their predictions on the first week ratings for "Conan," said he anticipates TBS will be satisfied if the show keeps up with Comedy Central's "The Daily Show with Jon Stewart" and "The Colbert Report" in the ratings, though he theorizes they would be overjoyed to see "Conan" exceed those two shows.

"The Daily Show" actually closed out the month of October as the No. 1 late night talk show among adults 18-49, albeit competing against reruns from some of the other shows.

Critic Bark said the show is expected to draw young viewers. And despite some less than enthusiastic early buzz that O'Brien's first week roster of guests including Tom Hanks, Jon Hamm, Michael Cera and the musical group Soundgarden, Bark said viewers are tuning in for O'Brien.

"In a fragmented TV world, I think this qualifies as something of an event," Bark said. "It's more 'What's Conan going to do for the monologue? What might he say about NBC?' and these things which make the guest list irrelevant, at least on opening night."

What do you think? Share your review of "Conan" with CNN iReport.

"There's a lot of curiosity about what his show is going to be, and what changes he might make," he said. "Beyond that, the show will really sink or swim based on whether his fans like it."

A recent poll of late night viewers conducted by The Hollywood Reporter did uncover a potential concern for the "Conan" show in spite of all of the marketing, Belloni said.

"Only 35 percent could identify Conan O'Brien as being on TBS," he said. "There is a disconnect of sorts between the viewers and Conan's marketing. They need to do a better job of making sure people know he's on TBS."