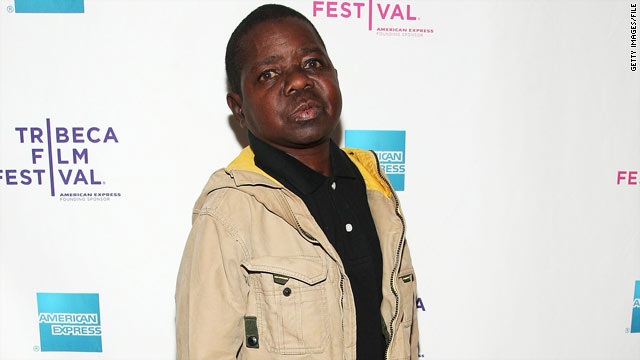 (CNN) -- A deathbed photo of Gary Coleman appeared Wednesday on the cover of Globe Magazine, showing the actor's ex-wife staring into the camera next to the former child actor.

The man named executor in Coleman's will accused Shannon Price of profiting from her ex-husband's death by selling the image to the tabloid, and suggested she is destined for the "life of a social and professional outcast."

Coleman divorced Price in 2008, but they were living together in Santaquin, Utah, when he suffered a fall at home last month and died two days later of a brain hemorrhage in a Provo, Utah, hospital.

Globe parent company American Media confirmed it bought the photo, but spokeswoman Samantha Trenk would not disclose how much was paid or who sold the image.

A Utah judge appointed Dion Mial, Coleman's longtime friend and former manager, as special administrator of the estate while the will goes through the probate process. A will signed in 1999 named Mial as executor.

Mial threatened to have Price, 24, arrested unless she returned property he said had been taken from Coleman's home since his death. She must also stay away from the Santaquin home where they lived together, Mial said.

While Coleman was not believed wealthy when he died, his personal possessions may be valuable to collectors.

"It is our hope that Miss Price should immediately and respectfully comply with the court's order, so as to avoid the filing of criminal charges against her," Mial said.

Mial was unable to stop the Globe from publishing the death images, which he accused Price of peddling to tabloids in an "ongoing desperate attempt" to profit from his death.

"These actions simply illuminate and magnify the truth that our gift of free will may, ultimately, relegate us to a long life of bondage and imprisonment that the life of a social and professional outcast, indeed, will bring," Mial said Wednesday. "May God bless Miss Price and her 'free will.'"

A statement released by Price's publicist Monday did not deny Mial's accusation, but did say she needed money because she had helped Mial pay for a lawyer.

"Dion, who claims to be a good friend of Gary, would know that Gary's only wishes were to make sure that Shannon would be OK after he was gone," the statement said. "So if Dion was a good friend he would be assisting Shannon, not taking all her money, to pay for his attorney and then use it to take everything from her."