10 celebs who got famous after 'Star Search' 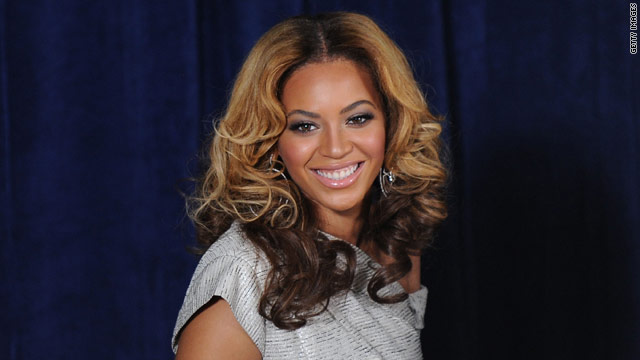 Beyonce is one of the celebrities who got famous after appearing on 'Star Search.'
STORY HIGHLIGHTS
RELATED TOPICS

(The Frisky) -- Perhaps we don't give Paula Abdul enough credit.

When she left "American Idol," we worried about what she could possibly do next to save her career, short of making a 2010 remix of "Forever Your Girl."

Well, the joke is on us. According to Entertainment Weekly, Paula is close to inking a new deal to be the host of "Star Search," the classic '80s singing/dancing/joking/spokesmodeling competition show rebooted.

I was a huge "Star Search" fan back in the day.

Every Saturday night, I remember watching with my sister and our babysitter, Bonnie, while eating frozen pizza. At the time, I thought Ed McMahon was the coolest dude on the planet, and dreamed of learning to dance like "America's Apple Pie."

I had no idea that many of the folks performing on the show would go on to be mega-stars. So, in honor of Paula's possible new show, let's look back at some classic "Star Search" performances from some very familiar faces.

Britney Spears was 8 when she joined Ed McMahon on the "Star Search" stage. She was one of the youngest competitors in the Junior Vocalist category, but amazingly she looks exactly the same then as she does now.

In 1993, a group of teen girls from Texas rapped under the name Girls Tyme in the Best Group category. You'll recognize someone in the mix it's a young Beyoncé. Ed must have known she was destined for fame - notice how he announced her name first

The Frisky: Lady Gaga and Beyoncé are masters of not-so-subtle product placement

Alanis Morissette made an appearance on "Star Search" when she was 14. Is it wrong that we like her perm?

Justin Timberlake was on the show, too, singing under the name Justin Randall. He was a little bit country back then. And looked near tears when he got a score of 3.25 and failed to knock off the week's champion.

But it wasn't just kids with pipes who made it on "Star Search." Norm McDonald appeared in the Comedy category. He was ... almost funny. But love the '80s jacket!

A singer named Tiffany Renee was the runner-up for Junior Female Vocalist on the show the first season. She went on to be that Tiffany, rocking malls across the country with her big hit, "I Think We're Alone Now."

The Frisky: The price of beauty makes Jessica Simpson an ugly American

Tatiana Ali of "The Fresh Prince of Bel Air" had a weird little bitty girl voice when she sang on "Star Search." We're glad she discovered acting.

Brad Garrett rocked the Comedy competition in 1984. And went on to star in "Everybody Loves Raymond."

These guys didn't get famous, but for some reason, they really made an impression on the 10-year-old me. 4 Boys and a Babe won in the Junior Dance category - my absolute favorite - 10 weeks in a row in 1991.

In other words, with those orange vests, they should be famous now.