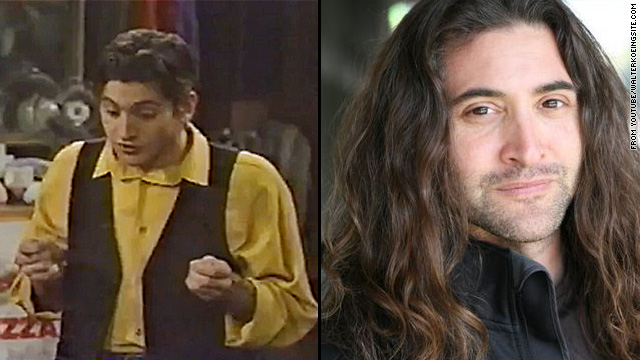 (CNN) -- Actor Andrew Koenig, who had been missing since February 14, committed suicide, his father told reporters after his son's body was found Thursday in a park in Vancouver, British Columbia.

"My son took his own life," Walter Koenig said at a news conference in the park.

The body of the former "Growing Pains" star was found by several friends who conducted their own search of Stanley Park, where Andrew Koenig liked to walk, his father said.

Koenig, 41, was reported missing by his parents after he did not board a flight to Los Angeles from Vancouver last week.

Walter Koenig -- himself an actor, known for his role as Pavel Chekov in the "Star Trek" series -- flew to Vancouver with his wife, Judy, on Tuesday to help with the search.

"He was obviously in a lot of pain," Walter Koenig said.

The Koenigs said they received a letter from their son last week in which he wrote in a "despondent tone."

He had stopped taking medication for depression about a year ago, his father said.

Unknown to his parents at the time, Andrew Koenig sold or gave away many of his possessions and moved out of his apartment in Venice, California, before traveling to Canada, the family said.

Walter Koenig was helping the friends "get another sweep of Stanley Park" Thursday morning and was nearby when they found his son, he said.

Koenig asked others who may be considering suicide "before you make that final decision, check it out again, and talk to someone."

Families of those who are troubled should not ignore the warning signs, he said. "Don't ignore it, don't rationalize it," he said.

Andrew Koenig's mother, Judy Koenig, said people who are depressed "don't realize there is help and they need help."

She said they should "connect with each other if there's something that's bothering you."

Andrew Koenig had many people who loved him, but "in his pain, he didn't realize it was available to him," she said.

Koenig fell in love with Vancouver in 1988 when he first visited to film an episode of the TV show "21 Jump Street," his father said.

Koenig appeared in 25 episodes of "Growing Pains" from 1985 to 1989, playing Richard "Boner" Stabone, according to a filmography posted on the Internet Movie Database Web site. He also appeared in episodes of several other television shows.

He was described as "a gifted and passionate multitalented young man" on his father's Web site.

He performed at The Improv and had roles in movies that included "NonSeNse," "InAlienable," "The Theory of Everything" and "Batman: Dead End." He also acted on television in "Star Trek: Deep Space Nine," "G.I. Joe," "My Two Dads," "21 Jump Street," "My Sister Sam" and "Adam-12," the Web site said, and edited, directed, produced and wrote a number of films.

Koenig was an activist interested in many causes, his father's Web site says. He was arrested at the Rose Bowl in 2008 while protesting U.S. involvement in the 2008 Summer Olympic Games in China. He opposed U.S. participation because of China's support for a repressive regime in Myanmar, also known as Burma, the Web site says.