By Kelli Bender, The Frisky 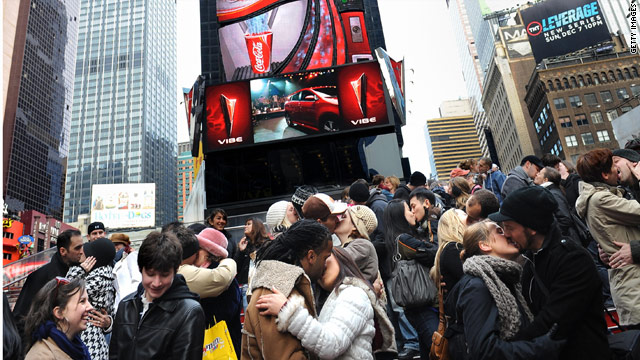 (The Frisky) -- A first love is a pretty powerful thing. It serves as the opening chapter to the epic novel that is your love life.

While most first loves aren't meant to be forever, they usually leave behind some lingering and pesky "what ifs?" What if I should've stuck it out? What if that was the best sex I'll ever have? What if he became rich and successful? What if he was the one? A new TV Land show, "First Love, Second Chance," will be answering those questions for a few former couples.

Each episode of the show, which will premiere March 10, reunites a single person with their also conveniently single first love, to see if they want to try again. The couple spends two weeks living together-- one week at her place and one at his-- after which they must tell the other if they are worth a second chance.

It's kind of like "Grease," except with Dannys and Sandys who can't sing. To us this sounds like a recipe for drama-- in a good way. Here are the five reasons we'll be watching "First Love, Second Chance."

1. The strange living situations. We have a hard time believing that all these singles are living alone. With all the time that has passed, some of the contestants have to have kids, parents, roommates or even exes living with them. If the network were wise, they would make sure of it. It should be amusing watching these love birds rekindle their romance while dealing with a roommate who won't do the dishes.

The Frisky: Science says curves on Beyonce and Christina Hendricks are like drugs to men

2. The uncomfortable final answer. As with many couples, there always seems to be one half who is a little more into the relationship than the other. This will come out especially when the lovers have to give their final answer. You can count on at least one episode where one person says yes and the other says no. Tantrums and tears will likely ensue.

3. The cheesy reenactments. We are keeping our fingers crossed for flashback sequences of the couple's first go-around-- complete with ridiculous reenactment actors, muzak, voice-over narration, and soft lighting.

The Frisky: Renee Zellweger doesn't want to get fat to play "Bridget Jones"

4. The first reactions. Time is not always our friend. There are sure to be some shocked facial expressions and interesting comments as contestants meet up with their old flames for the first time in decades. The harsh reality that their first love is no longer the preserved picture in their mind should hit home when they see their lover after wrinkles, weight gain, and hair loss.

The Frisky: Do the women of "American Idol" have what it takes to win?

5. Other classic reruns on the same channel. Even if "First Love, Second Chance" turns out to be a total unentertaining blah fest, it is surrounded by classic television. So if you sit through a particularly mind-numbing brainless episode, you'll get the sweet release of "The Cosby Show" afterward.

What do you think about this show-- is it scary, sexy, or just plain wrong? Would you ever consider going on it?