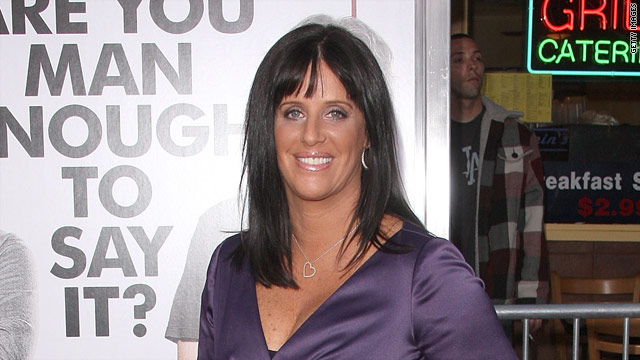 (CNN) -- Thanks to a crop of how-to dating shows, such as Bravo's "The Millionaire Matchmaker" and VH1's "Tough Love," more people are reaching out to matchmakers, making an age-old art fashionable again.

Back in 19th-century Russia -- around the time of "Fiddler on the Roof" -- women dreaded visits from the village matchmaker and longed to choose their own men. Today, real-life dating experts are in high demand.

"Millionaire Matchmaker" star Patti Stanger says her off-screen business, Millionaire's Club International, is growing just as fast as her TV series, which, in its third season premiere, increased viewership by 30 percent, according to Nielsen Media Research.

It's great having more clients, Stanger said, though there's more dross to sort through.

"We're on the map, everyone knows the brand, but it takes 30 to 45 guys until we find a real guy," she said. "Crazy people come in [out of] the woodwork."

And while certain aspects of her club have been sensationalized for TV -- like having millionaires pick their dates out of a room full of men or women looking to date them -- Stanger tells it like it is, whether or not the cameras are rolling.

On the show, Ward works closely with single women who he says "need an objective third party to give them constructive feedback that can help them find what they're looking for."

There are many people looking for answers, especially young people with nowhere else to turn, Ward said. About half of the 20,000 people who applied to be on his new spin-off "Tough Love Couples" were younger than 21, he said.

Hiring a matchmaker can be pricey. Some services charge thousands of dollars for one-on-one consultations. However, many matchmakers will list you in their database for a smaller fee.

The success of the shows has rubbed off on the matchmaking industry. Despite her general dislike for "The Millionaire Matchmaker," Janis Spindel said the Bravo hit, which debuted in 2008, is somewhat responsible for spiking interest and boosting her client base. Her company, Janis Spindel Serious Matchmaking, has seen a 41 percent increase since these programs found a place on cable TV.

One client, a former bachelor from Austin, Texas, contacted Spindel after his daughter inadvertently introduced him to "The Millionaire Matchmaker." "His teenage daughter was watching it in the living room, and when he walked in, he heard what the show was about and took interest in the art of matchmaking," Spindel said.

"Miss Match," a romantic dramedy based on Daniels' life as a matrimonial attorney turned matchmaker, aired on NBC in 2003. Whether it aired about six years too soon, or just settled in to an unfortunate time slot, the series was canceled after one season because of disappointing ratings.

Despite "Miss Match's" missed mark, Daniels plans to give TV another shot. She's is in the planning stages of her own reality show to teach women to be better daters.

"Putting that show on the air and going forward with more shows on the air, people are coming to understand what the business is more," Daniels said. "A lot of people will say ... 'You do that in real life? I want someone to do that for me.' "

Jan Yager, author of "125 Ways to Meet the Love of Your Life," said fear is the main reason people are reluctant to contact matchmakers, and she's glad that reality matchmaking shows are doing their part to ease that fear.

Yager, who met her husband of 25 years through the personals, said it's important to get past the stigma that comes with hiring a matchmaker.

Some people have an "if it happens, it happens" attitude when it comes to finding love, she said.

"But did you get to [be successful at work] because 'if it happens, it happens'? Didn't you have to plan and put time into it? Think about it."

In addition to educating viewers about how to find love and sustain healthy relationships, matchmaking shows have helped to eliminate the stigma often associated with hiring a matchmaker, said Stanger, who met her fiancé through her own service.

"Now it's not taboo to hire a matchmaker." she said.