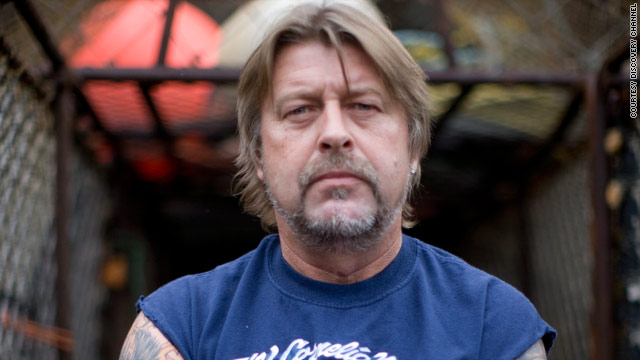 Capt. Phil Harris was in charge of the Cornelia Marie on the Discovery Channel's popular show "The Deadliest Catch."
STORY HIGHLIGHTS

(CNN) -- Capt. Phil Harris of the Discovery Channel show "The Deadliest Catch" died Tuesday of complications from a stroke suffered late last month. He was 53.

Harris, the tattooed and gruff captain of the Cornelia Marie, was a fan favorite in the reality show about crab fishing off Alaska.

"Discovery mourns the loss of dear friend and colleague Captain Phil Harris. He was more than someone on our television screen. Phil was a devoted father and loyal friend to all who knew him," a statement from the network said. "We will miss his straightforward honesty, wicked sense of humor and enormous heart."

"It is with great sadness that we say goodbye to our dad -- Captain Phil Harris," said a statement from his sons, Jake and Josh Harris. "Dad has always been a fighter and continued to be until the end."