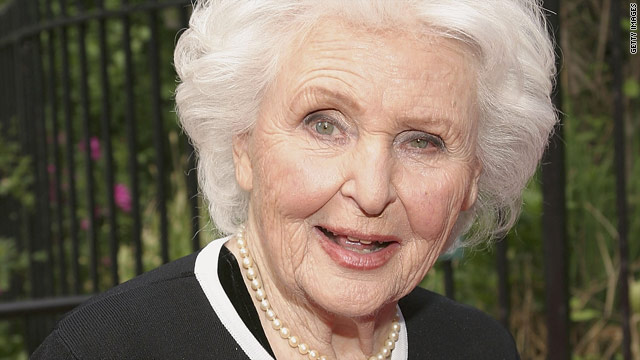 Frances Reid starred on "Days of our Lives" from 1965 to 2007.
STORY HIGHLIGHTS
RELATED TOPICS

(CNN) -- Frances Reid, best known for her decades-long portrayal of Alice Horton on the soap opera "Days of our Lives," died Wednesday at the age of 95.

Reid played the role of the martriarch since the long-running soap series' first episode in 1965, and made her last appearance in 2007.

Reid was nominated twice for Daytime Emmys, and in 2004 she was awarded a Daytime Emmy Lifetime Achievement Award.

NBC said in a statement to CNN that the network "is deeply saddened by the passing of Frances Reid. She was a true icon of the daytime genre and while we mourn her passing, we also celebrate her long life and the tremendous talent she shared with her generations of fans. She will be sorely missed."

On Twitter, "Days" actress Alison Sweeney, who plays Sami, wrote, "I'm so sad to hear the news about Frances Reid. She was a truly talented actress and we are all lucky and proud to have known her."