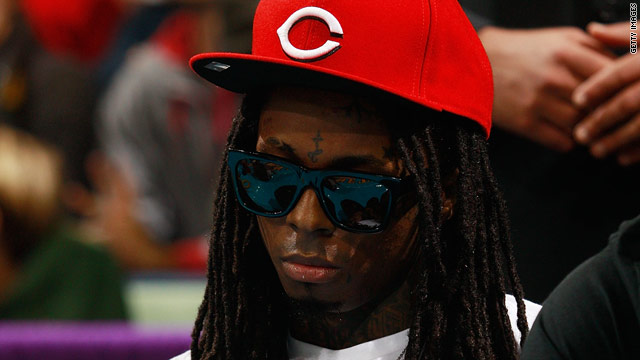 Lil Wayne has been ordered to undergo a paternity test to determine whether he has fathered a fifth child.
STORY HIGHLIGHTS
RELATED TOPICS

(RollingStone) -- Lil Wayne already has four children with four different women. Now he's learned he might have fathered a fifth.

While he was serving out his recently completed eight-month jail term at New York's Rikers Island for gun possession, Wayne was hit with a paternity suit from a Missouri woman who alleges that the rapper fathered a child in 2002.

The eight-year-old's grandmother obtained a court order that requires Wayne to undergo a DNA test.

Wayne was originally required to be tested before September 10 but, since he was in jail at the time, the matter was adjourned until December 9. (It was unclear at press time why the child's grandmother was pursuing the case instead of the mother.)

He's also returned to the studio. Wayne hit Miami's Hit Factory early Tuesday for his first recording session since he was released from jail last week.

Videographer/DJ Scoob Doo, who was at the session, told MTV News, "Wayne picked up right where he left off with a 15-hour recording session of nonstop work. Day two is [Tuesday night], and expect more therapy for a game that needs help."

He also tweeted that he was offering a prize to anyone who could guess how many songs Wayne recorded during the session.

Photos: Lil Wayne Returns to the Stage With Drake