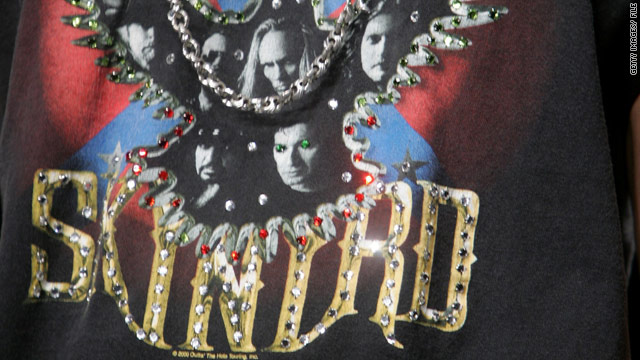 (CNN) -- Leonard Skinner, the gym teacher who inspired the name of the legendary southern rock band Lynyrd Skynyrd, has died.

The band announced his death on its website, saying Skinner died in his sleep early Monday morning. He was 77.

"Coach Skinner had such a profound impact on our youth that ultimately led us to naming the band, which you know as Lynyrd Skynyrd, after him," wrote Gary Rossington, guitarist and a founding member of the band.

"Looking back, I cannot imagine it any other way. Our thoughts and prayers are with his family at this time."

Band lore has it that Skinner was a coach and gym teacher at Robert E. Lee High School in Jacksonville, Florida -- and a stickler for the school's policy against long hair.

He reportedly sent several students to the principal's office for violating the policy, including some who would go on to form an up-and-coming band with a tongue-in-cheek variation on his name.

The band formed in the early 1970s and had a string of acclaimed songs, including "Freebird" and "Sweet Home Alabama."

But the band soldiered on, released more than 60 albums and was inducted into the Rock and Roll Hall of Fame in 2006.