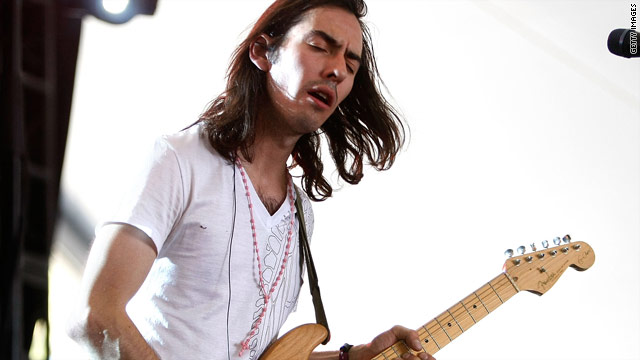 (Rolling Stone) -- In February, when Ben Harper, Joseph Arthur and Dhani Harrison arrived at the Carriage House studio in Los Angeles' Silverlake neighborhood, they had three days booked and zero songs to record.

"I thought I was going there to add some guitars or harmonies on Joseph's album," says Harrison, who was invited to the session by Harper, whom he befriended at a skate park in Santa Monica. "When I got to the studio, I saw Joe and asked, 'What songs are we going to do?' He said we hadn't written them yet."

After three long days, the trio had recorded the nine acoustic tracks that make up "As I Call You Down" -- and called themselves Fistful of Mercy, after the track of the same name. "I never thought we'd pull off an entire album, [I thought] maybe we'd get an EP," says Harper, who credits Arthur as the catalyst who pushed for three songs a day. "The three of us were able to create something we never could have done on our own."

With three acoustic guitars and three microphones, the team worked out musical arrangements, and then retreated to different corners of the studio to write. "We were each others' lyric police," says Arthur. ("It was very 'Wilbury' style," says Harrison, whose late father George was a member of the Travelin' Wilburys.)

Many times, Harrison threw out lyrical themes for inspiration. "Things Go 'Round" is a throwback to John Lennon's "Instant Karma," imagining a world where people are immediately accountable for their actions. When Harrison called for a blues number, the trio quickly drafted "My Father's Son." Says Arthur: "It's really about the three of our voices, and the harmonies. We're basically singing together the whole time."

With nine acoustic and vocal tracks completed, Harrison was determined to ratchet the music up to another level. He instinctively called the legendary session drummer Jim Keltner, an old family friend. "I'd never done anything that I thought was worthy of calling Jim," says Harrison. "We had an emotional conversation on the phone, and he heard some of the stuff we'd done, and he said he'd do it." Keltner overdubbed percussion, Arthur added bass, and Harper (who calls Keltner the "Dalai Lama of the drums") added some slide guitar.

"These guys are so talented," says Harrison of his bandmates, who will all hit the road together in October. "I can't believe I get to call them my musical brothers."