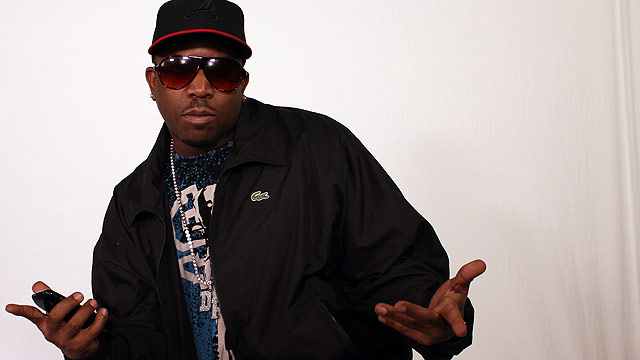 (CNN) -- Sixteen years ago, Antwan "Big Boi" Patton and his partner-in-rhyme, Andre "3000" Benjamin, single-handedly put Southern hip-hop on the map as the rap group OutKast with the debut of their album, "Southernplayalisticadillacmuzik."

In 2003, they released their biggest commercial and critical hit to date, "Speakerboxxx/The Love Below." Fast forward to 20 million albums later, and music pundits continue to put OutKast atop their lists of the genre's most influential groups of all time.

Despite the pair's undeniable mark on the history of hip-hop, Big Boi finds himself in a unique position: one-half of a legendary duo who has had success elude him so far as a solo artist.

But Big Boi is hoping to change that.

Forty months in the making, "Sir Lucious Left Foot: The Son of Chico Dusty" is Big Boi's rap opus that he hopes will be a reintroduction to the self-proclaimed "funk crusader."

"The people that have been down since 'Southernplayalistic,' they know the logistics of how the group works," Big Boi, 35, says responding to a review in The Guardian that suggests he's an "undervalued" part of the OutKast legend. "For some of the newcomers, they might not know what Big Boi's part in the group is, but they're going to know when this album drops. It's dead serious."

Originally slated for release on Jive Records four years ago, "Sir Lucious" hit a major roadblock when Big Boi's label suggested that he create his own version of Lil Wayne's "Lollipop." The idea insulted Big Boi and revealed what he views as an industry skepticism that has followed every step he has taken without his musical partner.

According to Big Boi, he and Jive didn't see eye to eye on the finished product.

"Jive Records -- they didn't understand my music," he now says. "They wanted me to do more cookie-cutter, radio-friendly type songs."

Because of the back-and-forth with his label, Big Boi's fans had to be patient, similar to what they felt with oft-delayed OutKast albums.

Some fans even went as far to say that "Sir Lucious" was Big Boi's "Detox," referring to Dr. Dre's forthcoming release that's been a decade in the making. A growing but warranted skepticism began to surround Big Boi's solo project, and some wondered if it would ever come to pass.

It was then that the rapper decided to take things into his own hands and deliver his product directly to the people.

"The social networking media is so powerful, especially for an established artist, to where I can create a song a day and put it out through my Twitter account -- in 24 hours, it will get 4 million hits," he says. "I was just doing it myself. I think every artist should really take your destiny in your hands if you've got the product and the means and the know-how to market and promote yourself."

Big Boi recently streamed "Sir Lucious" on his MySpace page, a move he announced via Twitter. He admits to leaking the songs "Royal Flush," (no longer on the album) "For Your Sorrows," "Shine Blockas" and "Lookin' 4 Ya" in the years and months leading up to the album's set release date.

The latter tune is a collaboration with Andre 3000 barred from "Sir Lucious" by Jive, which owns the current rights to OutKast the group. "It's really blasphemy," Big Boi says of the label's keeping the pair from being featured together on his solo project.

"Hopefully, when I do see [Jive] again, and me and Dre get into the studio, they will let the creativity and the music be what it is -- just art -- and appreciate it for what it's worth."

Released on Def Jam, "Sir Lucious" combines stories of everyday life, love and politics with rap, funk, jazz, rock and everything in between. And even though Big Boi knows how to show listeners a good time, one aspect of OutKast and the two men behind the music has been their ability to "educate and entertain," a theme that continues on "Sir Lucious."

"I like to say little things to make the listener think," Big Boi reflects. "If you have the globe as your stage, why not spread something?"

One thing the artist seems intent on spreading is his own brand.

With forays into acting (films "Who's Your Caddy" and "ATL"), breeding dogs (Pitfall Kennels), running his own label (Purple Ribbon Entertainment) and foundation (Big Kidz), it would seem that the husband and father wouldn't have time for another OutKast album. The group, however, owes Jive one more album, though in light of Big Boi's spat with the label, it's hard for fans to not doubt that OutKast will be back.

"Yeah, there is definitely a reunion in the works," Big Boi says in response to a CNN iReporter's query about the future of OutKast. "I'm doing my solo album, Dre is working on his solo record, and then after that were doing an OutKast record."

In the meantime, Big Boi is intent on scratching two items off his wish list. The first involves music. "Kate Bush -- that's my dream collaboration," he says adamantly. "I'd do a whole album with Kate Bush. I'm looking for her right now."

The second goal is a little more close to home. "I just want to be happy," he says. "I want to make music, raise my kids and be a productive citizen -- basically, that's it."