Before I get old: Success for late-blooming bands 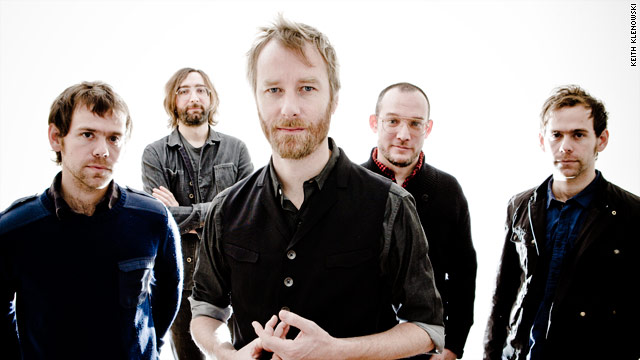 (CNN) -- In the early to mid-'90s, in the post-"Nevermind" glory days of rock, "alternative" became mainstream and teens and 20-somethings across the United States formed bands, looking for stardom.

Nearly two decades later, for every "alternative" artist who's still selling lots of music and lots of concert tickets (Pearl Jam, Radiohead, Beck), dozens have broken up, faded into obscurity or died too young.

That's been the typical career arc for rock 'n' roll artists since the '50s. Only a small percentage of rockers have made it past age 30 with their "it" factor intact. But now, some late-blooming alternative acts are redefining what's possible in a rock 'n' roll career.

The National, the Hold Steady and Spoon have each hit their highest positions ever on the Billboard 200 album chart with albums released in the past few months. All three bands made up of 30-somethings have several things in common.

Each band's core members have been playing together since the '90s. None of them had much commercial success until their most recent albums. And the cores of all three come from fertile music scenes: The National, from Cincinnati, Ohio, in the '90s and Brooklyn, New York, over the past decade; The Hold Steady, from Minneapolis, Minnesota, in the '90s and later Brooklyn; and Spoon, from Austin, Texas.

The National's album "High Violet" debuted at No. 3 on the Billboard 200 last month -- a huge leap from 2007's "Boxer," which peaked at No. 68. Guitarist Aaron Dessner said it's taken a lot of persistence and patience to get the National to where it is today.

"When the band started in 1999, it was not an ambitious idea. It was very casual. It was almost just an excuse to drink beer on the weekends. ... Nobody ever thought -- to be completely honest, we weren't trying to be successful," Dessner said.

"I really didn't think we had it in us to become a big band. It was just kind of like we got together for fun. And then, those first recordings we made, we were shocked at the chemistry, and we were like, 'Whoa, this is kind of cool.' "

Dessner said the band's audience has grown steadily since the release of "Alligator" in 2005.

"It's just been a very steady word-of-mouth, back-alley whisper. It's been a gradual build," he said. "And each time we put out a new album, it's just we have a lot of really loyal fans that just start talking, and I think this powerful, sort of exponential growth happened because of that."

With "High Violet," Dessner said, "I think we knew it would do very well, but nobody expected it to -- actually, it was in the Top 10 in like a dozen countries, which is really kind of interesting. It's not like we've really had any kind of major media exposure in most of the places."

Such exposure is no longer a prerequisite for a band's success, according to Bill Wilson, a vice president of the music industry trade group National Association of Recording Merchandisers.

"There is no doubt that social sites, Web video and music blogs have replaced music magazines as a source for discovery. ...," Wilson said. "The power of word-of-mouth is exponentially more significant when taste-sharing is a button click away. The modern ease of musical discovery has led a larger amount of people to explore and discover new music. ..."

Dessner agrees. "Basically, you have access to all music now. The odd holdouts are there, but it's been democratized and kind of leveled the playing field, I think, a lot," he said. "And all of a sudden you don't need access to radio or to your television appearances to be successful."

Craig Finn, lead singer of the Hold Steady, said he likes what the Web has done for his band, but he looks at the internet as more of a community builder than a marketing tool.

"I am really most appreciative of the internet when it kind of leads to real life applications, when it doesn't just stop at this digital communication," Finn said.

"I've always wanted to be in a band that was really good live and had that kind of communal thing. I mean, those were the kinds of bands I've really liked, from Springsteen to the Replacements to whatever. You know, it was about going to the show."

The Hold Steady will be playing venues as large and storied as New York's 2,800-seat Beacon Theatre on the band's current tour. But neither the Hold Steady nor Lifter Puller, Finn's '90s band with guitarist Tad Kubler, always had success in getting people to the show.

"There were a couple of shows with Lifter Puller in Cleveland where we played to just the people who were working at the bar," Finn recalled.

"And there was one in Jackson, Mississippi, with the Hold Steady, at the very beginning of the band, our first tour -- there were more stray dogs in the parking lot than there were members of the audience in the bar."

The National, the Hold Steady and Spoon have all stayed on independent labels despite their recent commercial success. Both Dessner and Finn praise the creative freedom their labels give them.

And Finn said recording industry changes have allowed the Hold Steady to have that creative control without sacrificing commercial prospects. "[With] record stores like Virgin and Tower not being there, it seems like when Vagrant or any other indie label delivers your record to iTunes, you're covered for a lot of people to be able to find your record."

Wilson said, "Most of the marketing avenues that used to be behind the curtain of the label are now available to artists [who have the financial resources and acumen] directly."

The National is coming into more financial resources, selling more albums and performing at larger venues, but Dessner said the band hasn't forgotten its history, which dates back to 1999 as the National, and into the early '90s for two separate groups of the band members.

"We played at Royal Albert Hall in London, which is 6,000 people. It's surreal and you just try to embrace it. ... But as far as being in front of a lot of people, I think that we still play the way we did for 10 people, where you just close your eyes and you almost imagine you're in a stadium or something."

Dessner added, "There's not a delusional element to the band. Nobody thinks we're the Rolling Stones. That's for sure."

The Hold Steady aren't the Rolling Stones either. But like Mick Jagger, Finn is quite an active frontman and like Keith Richards, "Tad is -- we are a great team. We're still though, fairly different as people, too. But he's kind of way more rock 'n' roll I think in general than I am and so he brings a lot of that," Finn said.

"I think he really has a great way to anticipate what I'm going to bring to something. There's just that weird shorthand communication that [comes] from playing a long time. ... I think we both have a lot of respect for what each other does, and I think he's probably my favorite living guitar player."

In an early press release, Finn described the Hold Steady as "the best bar band in America" and the sobriquet has stuck.

"I think what it means to me is an honest and sincere approach to playing. It's not smoke and mirrors. It's not like stage outfits and all that. It's sort of we get up in whatever we're wearing that day and try to play our hearts out," Finn said. "You know, this is the best job I've ever had, so it's not hard for me to find joy every night."