What will be the song of the summer? 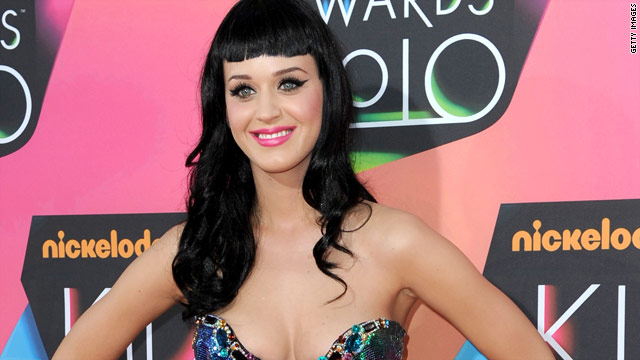 Katy Perry's "California Gurls," featuring Snoop Dogg, is one of the top contenders for the song of the summer for 2010.
STORY HIGHLIGHTS
RELATED TOPICS

(CNN) -- By the time Memorial Day weekend rolls around, there are always at least a few contenders for the "song of the summer" title, but it's getting increasingly difficult to tell which will take the honor.

Last summer, for example, there were a few songs that were on the soundtrack to the warmer months, with Drake's "Best I Ever Had" and Young Money's "Every Girl" among them. But music editors agree that the Black Eyed Peas' "I Gotta Feeling" is probably the most definitive answer, based on longevity alone.

But compared with 1991, when DJ Jazzy Jeff and the Fresh Prince (now just known as Will Smith) came out with the now-iconic "Summertime" -- how many of us can listen to that record and not immediately think of pool parties and barbecues? -- the Billboard charts are now often filled with them.

"There's so much stuff that comes out, it makes it a little bit more difficult to pick a winner. You look back over the past couple of years, and the last song you can sit there and go, 'that was a total summer jam' was Rihanna's 'Umbrella,' " said MTV News editor James Montgomery.

That song, he added, had the perfect combination of timeliness and a catchy hook, plus a stamp of approval from Jay-Z, which didn't hurt. The Brooklyn rapper often ends up on the summer hits list, as he did with 1999's "Big Pimpin' " and 2003's "Crazy in Love," alongside his now-wife, Beyonce.

This year, the competition is looking a little stiff, but between MTV.com's poll -- which saw Lady Gaga's "Alejandro" rise to the top -- and Billboard.com tracking the weekly chart movement and airplay of all potential candidates, we'll be able to see by Labor Day which artist emerged victorious from summer '10.

What makes a summer song in the first place? A few things, with the first often being banal lyrics.

"The summer song is a special breed among pop songs. Typically, we're not talking about a track that's going to win songwriting awards, but we're talking about something upbeat and immediately catchy, something that sounds as good on your iPod as it does in your car and in the club," said Billboard.com editor M. Tye Comer.

"Some of the recent classic summer songs like Nelly's 'Hot in Herre' and [Sisqo's] 'Thong Song' were huge time at the time, because everyone knew the chorus, and it stuck to you, whether you wanted it to or not," Comer said. "You hear 'Hot in Here,' and you think about when you were driving down to the beach in California or at that amazing party you had on your friend's roof. Hearing those songs, even if you hear them in the dead of winter, they bring you back to that place."

See a theme there? The hit of the summer is also typically something that can be found on Top 40 radio and/or on a DJ's playlist in the club. They may be "short on lyrical substance," Montgomery said, "but they're long on style. When you sit and listen to them, you can just hear them coming out of the trunks of cars and clubs."

And most important, the top summer jam has to be a scene-stealer -- so ubiquitous that, as the editors note, you couldn't escape it if you tried.

MTV.com voters may think the song of summer 2010 will be Gaga's "Alejandro," but she's got some stiff competition. Here are the contenders (in no particular order):

This song has the right mix of lyrical simplicity and a beat that was thoughtfully made for the clubs, said Yahoo! Music's Billy Johnson Jr. Although it's already a chart-topper with strong airplay, Johnson thinks it has the potential to became the "it" song, even though he wasn't sold on it at first.

"By today's standards, it's really like two or three songs in one," he said of the track that he now counts as one of his favorites. "You get halfway into the song, and then it kicks into overdrive. [Will.i.am] said he wanted the DJs to be able to play the whole song, because a DJ will play about a minute of a song and then move on to a next one." The way it's produced, a DJ could just let it play, Johnson said. "Plus, it's fun and upbeat."

The song title may not be recognizable just yet, but Billboard.com's Comer thinks it may have a sneak attack on the charts this summer: The single is on the "Jersey Shore" soundtrack.

"You take Enrique, you take Pitbull, you take the Situation and Snooki and put it all together, and you have a recipe for a surefire summer hit right there," Comer said. "That's going to be inescapable."

When Perry released this single, she tweeted, "Summer begins now," MTV's Montgomery said. That move, combined with her lyrics about beaches and girls in bikinis, meant "It was clearly defined and clearly stated: This is the song for your summer," he said.

With lyrics like "I said no more teachers/and no more books," it's pretty clear that these artists were aiming to create the perfect summer party song.

There's no doubt the track "verges on silly," Comer said, but "it's so sugary-sweet, it's addictive. It's got a crazy catchy chorus, and the song is all about having a good time."

Last but not least, Lady Gaga's single -- and its accompanying video, which debuts June 7 -- is the front-runner.

" 'Alejandro,' even though it's an older song, is a perfect summer jam," Montgomery said, although he noted it may not be the most traditional.

"It's more laid-back, and it's kind of silly," he said, but "it sounds like "La Isla Bonita,' the Madonna song. And then, it's the perfect soundtrack to all of the make-ups and break-ups of summer. It's perfectly fit to that mold. Part of summer is having your heart broken and having a fleeting romance."

Johnson agrees that although "the song is really laid-back" compared with others, "it's something that will keep people talking." And besides, he added, "Lady Gaga has yet to fail."