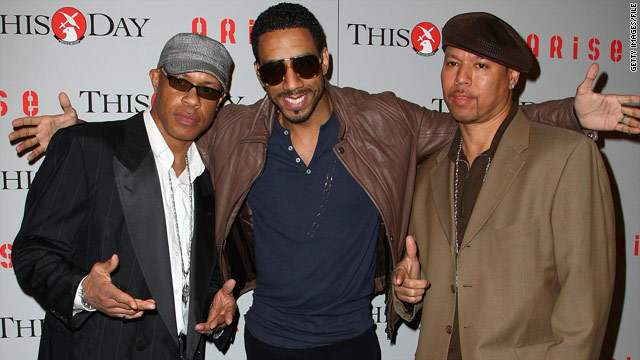 (CNN) -- According to his friend and producer Solar, it was the love of the fans that helped keep rapper Guru going.

"I would read him the e-mails that would come in and play him the voicemails," Solar told CNN. "I really do believe that was part of the reason why he was able to go on as long as he did."

The 43-year-old rapper succumbed to complications from cancer on Monday at Good Samaritan Hospital near New York City, Solar said. There had been an outpouring of support from fans in March when it was reported Guru had a stroke and had been hospitalized.

Solar, a long-time collaborator of the artist, said Guru chose not to go public with the diagnosis of myeloma that was made more than a year ago.

"Guru has been in and out of hospitals since last July," Solar said. "It was his wishes to keep it private. We really thought he would be able to beat it."

Born Keith Elam, the rapper was well-respected in the industry for his rhyme style. He rose to fame in the 1980s as one half of the duo Gang Starr, in which he shared the spotlight with his partner, DJ Premier.

He later broke out and found solo success with his series of "Jazzmatazz" albums, where he combined hip-hop and jazz. His collaborations with jazz greats, including Branford Marsalis and Roy Ayers, helped cement Guru's reputation in the music industry.

Solar released a letter he said Guru had written to fans with instructions that it be distributed at the time of his death.

"As the sole founder of Gang Starr, I am very proud of what Gang Starr has meant to the music world and fans," the letters said. "I equally am proud of my Jazzmatazz series and as the father of Hip-Hop/Jazz. I am most proud of my leadership and pioneering efforts on Jazzmatazz 4 for reinvigorating the Hip-Hop/Jazz genre in a time when music quality has reached an all time low."

"We honor Guru for leaving us with music that reaches into higher places, for coloring outside the lines of hip-hop, and recognizing the musical masters who inspired him," she said. "Through Guru's eyes, there was no division between hip-hop and jazz, hip-hop and neosoul, hip-hop and history."

Solar said he is sure Guru would much rather be remembered for his music than the controversy that surrounded him in his last days.

Before his death, there were reports that the producer was keeping Guru's family from visiting and speculation that he was controlling the ill rapper.

In the letter Solar says Guru wrote for his fans, it says: "I do not wish my ex-DJ [DJ Premier] to have anything to do with my name likeness, events, tributes etc. connected in anyway to my situation including any use of my name or circumstance for any reason and I have instructed my lawyers to enforce this. I had nothing to do with him in life for over 7 years and want nothing to do with him in death. Solar has my life story and is well informed on my family situation, as well as the real reason for separating from my ex-DJ."

Solar said Guru was aware of the strife, which included at one point Guru's nephew, Justin Nicholas-Elam Ruff, posting on YouTube to complain about the family's lack of access to the rapper.

"I had no control over who could see Guru, but there were times he was in [the Critical Care Unit] and he was unable to see people," Solar said. "Any man at that point in their life has a right to decide who he wants around him and who he doesn't."

Solar said that as per the rapper's wishes, Guru will be cremated. There are plans to hold a tribute concert, which he said will bring everyone together, including fans, family and all those who worked with Guru.

The producer said a nonprofit organization, Each One Counts, was set up by Guru. Focused on disadvantaged youth, the nonprofit has been expanded to aid in cancer research.

The rapper would want his legacy to be the music, Solar said.

"We were making music that was experimental and cutting edge at a time when there was a lack of such music out there," Solar said. "He lived life, and he loved all music."