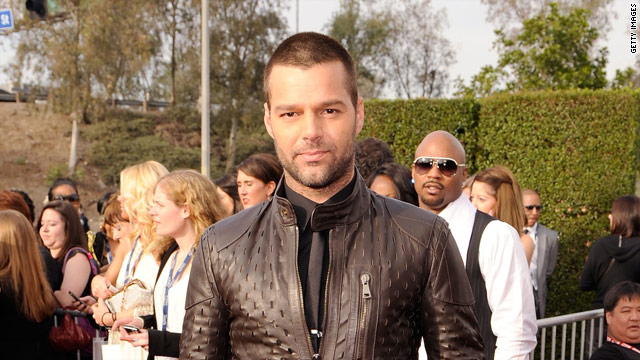 "These years in silence and reflection ... reminded me that acceptance has to come from within," Ricky Martin says.
STORY HIGHLIGHTS
RELATED TOPICS

"I am proud to say that I am a fortunate homosexual man," Martin wrote on his official Web site. "I am very blessed to be who I am."

A decade ago, when ABC's Barbara Walters pressed Martin to address rumors about his sexuality, he declined to confirm or deny them. "I just don't feel like it," Martin said.

Now, Martin wrote, "these years in silence and reflection made me stronger and reminded me that acceptance has to come from within and that this kind of truth gives me the power to conquer emotions I didn't even know existed."

The 39-year-old Puerto Rican native started off with the Latin boy band Menudo before launching his solo career in 1991.

His song "Livin' La Vida Loca" rose to the top of the music charts in 1999 and propelled Martin to stardom.

Martin said he decided years ago to not share "my entire truth" with the world because people he loved warned him that "everything you've built will collapse."

"Allowing myself to be seduced by fear and insecurity became a self-fulfilling prophecy of sabotage," he wrote. "Today I take full responsibility for my decisions and my actions."

The decision to come out was initiated a few months ago, when he began writing his memoirs, he said. "I got very close to my truth," he wrote.

"From the moment I wrote the first phrase I was sure the book was the tool that was going to help me free myself from things I was carrying within me for a long time," he wrote. "Things that were too heavy for me to keep inside."

Martin said that disclosing his secret is important because of his two sons, born via surrogate.

"To keep living as I did up until today would be to indirectly diminish the glow that my kids were born with," he wrote.

Writing the seven paragraphs, he said, "is a solid step towards my inner peace and vital part of my evolution."

"What will happen from now on? It doesn't matter. I can only focus on what's happening to me in this moment."