Who killed the music video star? 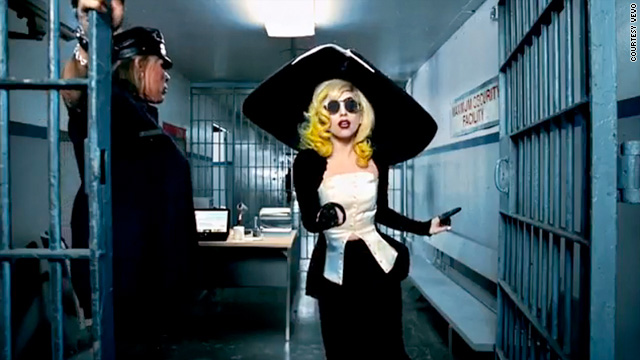 (CNN) -- The music video for Lady Gaga's "Telephone" has easily been the most anticipated, dissected and discussed video in months, and it took two of the biggest pop stars in the world to pull it off.

The anticipatory press, the fans champing at the bit for a leaked video still and the premiere during E! News would have been considered par for course in the music industry 10 years ago. But lately, those kind of events have been few and far between.

There are a few reasons for that shift, but the most crucial one is the reality of the recording industry: A blockbuster, big-budget video no longer means blockbuster record sales.

Originally, said Rio Caraeff, president and CEO of online music video and entertainment service VEVO, videos were "a visual medium to promote the sale of recorded music. And that was fine, when there was a healthy and growing business of selling recorded music."

But with major record labels now seeing a downward trend in sales, "the big conglomerates don't have the money to pay for big music videos, which is why we don't have the Michael Jackson, Guns N' Roses kind of video anymore," said Saul Austerlitz, author of "Money for Nothing: A History of the Music Video."

At this point, Caraeff said, "the business is not about selling recorded music; [it's] about generating an enormous amount of opportunities around music and to build careers and businesses. You can't rest on any one particular product."

And as a result, "the business of music videos really changed," he said, particularly when that product is "essentially not being played on television anymore."

MTV, now better known for the reality show "Jersey Shore" than for unearthing new artists, dropped the "music television" tagline from its logo in February. The network's president, Van Toffler, shocked few when he said in early March that MTV had evolved away from playing as many music videos to include more "genre shows."

"We really evolved in youth and pop culture and music, and we just speak to purely the 12-to-34 audience," Toffler said at the Billboard Music & Money symposium.

In MTV's early days, "music videos were the soundtrack of popular culture," but over time, a younger generation "demanded us to evolve," he said.

"They've been doing this for the past 10 to 15 years, showing fewer and fewer music videos to the point where you really can't see videos on TV unless you're very actively seeking them out on one of the MTV sub-channels or the specific programs that BET has that still show music videos, of which there aren't that many anymore," Austerlitz said.

Yet this doesn't mean that the art form is no longer consumed. Music videos remain one of the most popular kinds of footage watched on YouTube, Caraeff said. Even MTV's various networks play more than 600 hours of music videos a week, according to Toffler.

"[MTV] stopped playing videos on television not because the audience didn't like music videos. It was because they had to keep people watching for a longer period of time to keep advertisements," Caraeff said.

Which, above all, was a business decision. Like any other company, MTV has a bottom line to look out for. But what that meant for Universal Music Group, where Caraeff was a senior executive, was that it needed to follow the audience, and the audience had taken their video consumption online.

Even with the millions of people still watching music videos, the playing field is different on the Web, especially for major record labels and their artists.

"There's so much out there for people to watch and see. Every day you can go out and watch 50 music videos," Macia said, because "now, more than ever, artists are taking their careers into their own hands. They don't have big machines behind them, and they don't need them. Bands like Vampire Weekend self-release a CD, and they're on the covers of national magazines."

The change can also be noticed in the buzz surrounding such videos as the indie band OK Go's "This Too Shall Pass." The Rube Goldberg-inspired creation received 6 million views in the first six days it was released on the Web, becoming almost instantaneously viral in the same way the band's Grammy-winning video for "Here It Goes Again" -- the one with the treadmill choreography -- did.

Gaga can pull off a national event like "Telephone," said veteran music video director Dave Meyers, because "she's at the very tip-top of the music industry." She's sold 10 million albums worldwide and has had six chart-topping singles.

It certainly didn't hurt that Gaga paired up with record-setting Grammy winner Beyoncé, who claims six No. 1 singles to her name.

To not create an event around one of her music videos would be to lose out on a prime marketing opportunity, because her record label knows people will watch, Macia said.

But, Meyers added, "you don't see that happening again next week with another artist."

As a result, "someone like Lady Gaga, who put out a nine-minute epic with a well-known filmmaker, with people actually waiting to see that, is a rarity," Macia said of "Telephone," directed by Jones Akerlund.

"The same way that artists aren't selling platinum records anymore, there's no need for the Wu-Tang Clan to film a million-dollar video like they did for 'Triumph,' " Macia said.

Not that this is entirely a bad thing.

True, "music videos have been downgraded because they're no longer the central way to find out about new music," Austerlitz said, but the indie culture we live in -- where just about any artist can make a video to get themselves heard -- has created "a golden era" for music lovers.

"There is no MTV anymore, in that sense," Austerlitz said. "But videos, after having a rocky period for a few years where it seemed like they were just going to stop being made, have really reinvented themselves in a lot of ways."

They've become shorter, lighter and more like stand-alone works of art than a marketing tool for an artist, Austerlitz said.

In his view, independent artists seem to have taken the greatest advantage of this "new world order" for music videos, and judging by the phenomenal success of "This Too Shall Pass," he may be on to something.

OK Go, which recently parted ways with record label EMI to form its own label, Paracadute, is known for its mesmerizing, self-directed videos.

"Labels have always looked at videos as advertisements; [before] people were making mini-commercials," said OK Go's bassist, Tim Nordwind. "We don't look at our videos as marketing tools; we look at them more as an artistic pursuit. Forget about the money. We just enjoy creating a video."

Online, "it's a very democratic system," Nordwind said. "If people like it, they could watch it and pass it on, and that was really cool for us."

For video director Meyers, videos have also become more personal, more in tune with a unique artistic vision rather than emulating what everyone else at the top of the charts is doing.

"It's made it a lot more about the art," said Meyers, who most recently directed the video for Avril Lavigne's single on the "Alice in Wonderland" soundtrack, "Alice."

"It used to be, if it was a cheap video, there was no point in making it because it wouldn't air anywhere," Meyers said. "Now, there's a huge viral culture that truly speaks to creativity and not who's been paid the most."