Rihanna and Chris: One year later 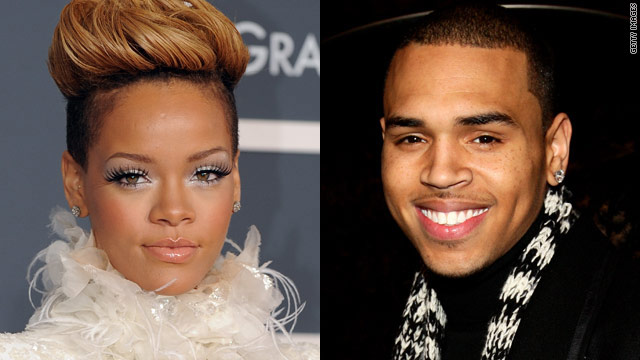 Rihanna and Chris Brown are both trying to put the spotlight back on their music careers with varying degress of success.
STORY HIGHLIGHTS
RELATED TOPICS

(CNN) -- It's been 12 months since the private lives of Chris Brown and Rihanna spilled out into the Los Angeles streets following a violent argument while driving home from a pre-Grammy party.

According to a sworn statement by Los Angeles Police Detective DeShon Andrews, Brown punched her in the face numerous times, put her in a headlock, bit her fingers and ear and threatened to kill her.

Brown pleaded guilty to felony assault in June and lost several public endorsements. In August, he was sentenced to five years' probation in addition to 1,400 labor-oriented community service hours.

One leaked photo, a few soul-baring interviews and two questionable album covers later, both of the young singers now find themselves at uniquely different points in their careers.

Rihanna steered clear of the spotlight for several months, re-emerging in New York City last spring, boldly walking the red carpet at the Costume Institute Ball, with a new look and a new album to begin promoting.

"There's no restriction on Rihanna, but he [likely] can't go anywhere without his judge's permission," said RollingStone.com deputy editor Caryn Ganz. "He has to appear for court appearances to prove that he's doing his community service," noting that the legal issues don't make it any easier for the star to move forward with his career.

Brown did release a pop-inflected album, "Graffiti," on December 7, which has sold a little more than 250,000 copies. He also sold out stops on his fans' appreciation tour, but those performances were in smaller venues than he'd played previously.

"In the immediate aftermath of the incident, there was all of this 'dead' talk -- nobody will work with him, he'll never be able to sell another record -- and that's turned out to not be true," she said. But, Ganz noted, "Rihanna is clearly doing better than he is, both in sales figures and public reception."

To date, Rihanna's literal take on being "Rated R" has sold more than a half-million since it dropped November 23. She's also taken to the stage again, performing everywhere from NBC's "New Year's Eve with Carson Daly" to the "Hope for Haiti Now" telethon. "Rated R" is her fourth studio release; it entered the Billboard Hot 200 chart at No. 4, and sold more in its first week than "Good Girl Gone Bad."

Brown's last album, "Evolution," sold more in its first week at 294,000 than "Graffiti" has in its seven weeks on the shelves, Ganz said.

But those sales figures could use some context, said Billboard magazine's Senior R&B and Hip-Hop Editor Gail Mitchell. "Stuff isn't selling for a lot of folks these days, with or without a scandal," she said. "It's all relative, [and] they're doing relatively well."

Particularly when you add in the number of individual tracks sold, which need to be accounted for in the era of iTunes, Mitchell said. Rihanna has sold 1.7 million tracks, and Brown is right behind her at 1.4 million.

"It boils down to whatever is on an album," she added, "and I think ['Graffiti'] is a strong album. Sure, without the incident, it possibly could have done better. But if it's what people want to hear, they'll buy it."

"Initially, there was a change," Thomas said, with listeners not as eager to tune in to a Brown song. "But once he came out and spoke up, and once she spoke up, people are moving forward. ... While the incident was tragic, it's about the music. We don't condone domestic violence, but if they have a record fans want to hear, we'll play it."

"I check the top 50 singles every week, and [Brown is] not there. 'I Can Transform Ya' didn't get past the top 20. His album hasn't gone anywhere," Johnson said. "There's absolutely no doubt that people are not supporting him because of this. He's still a great artist, his album is good, he has good songs, so tell me another reason why he's not doing well."

It's timing, said Emmanuel "E-Man" Coquia, assistant program director at Los Angeles, California's, Power 106 radio. The record not only has to be ready for radio, the radio -- as well as the listeners -- have to be ready for it.

"He needed a little bit more time to let things be forgotten. The record had a nice run, but it didn't have the run his other records had," Coquia said. Yet, "at the end of the day it is all about the music. We never stopped playing Chris Brown records, even his older stuff. So perhaps it wasn't the right thing at the right time."

While no one will come out and readily admit that they're avoiding Brown -- as he accused Wal-Mart of doing when his album was released but didn't appear to be on the shelves at a local store he visited -- actions speak a bit louder, said Devin Lazerine, editor-in-chief of Rap-Up magazine.

"Seeing Rihanna at the Grammys and not seeing him there, that says a lot. She's on 'Oprah,' she's on 'Ellen,' and he's been absent from all of those shows. It's translated into the sales as well," Lazerine said. "There's a silence in the industry. People aren't as keen on playing his music as they once were, and they're just not talking about it."

Lazerine thought Brown would have had a better shot if he had simply waited to release a record. "If that same album came out and we didn't have this incident, he would have had a Top 10 hit for sure," he said. But at this point, "it's not good enough to have a decent album, it has to be exceptional."

Disassociating her pop stardom from the assault hasn't been entirely easy for Rihanna either. The singer, Johnson believes, is dealing with somewhat of a double-edged sword.

"She's always had her detractors, but when this happened it forced people to take sides. A lot of people came out against her," Johnson said.

"With 'Rated R,' people were curious about what she really had to say after all of this. And still, two brand-new artists beat her out [on the charts] and she's huge," he said. "I felt like there was still a subset of people who were like, 'Whatever, I'm not going to support her.' The attention has helped as well as hurt."

As both young stars head into 2010, though, the opportunity is there for them to leave the past behind.

"Each day that goes by, it gets better," Lazerine said. "On our Web site, people would get so heated when Brown's name was mentioned, but [the assault] isn't as hot a topic as it used to be."

As far as Rihanna, "she's continuing to move forward, reinventing herself and her sound, and she'll move past this," Johnson said. The singer need not be defined by the incident, he added, observing that Tina Turner is far more than the domestic abuse stories about her.

For Brown, Billboard Senior Editor Mitchell is assured that he'll be able to find success again.

"A little separation time, and Chris comes back out next year with a strong album, he'll be fine," Mitchell said. "In this business, you're always only as good as your last record."