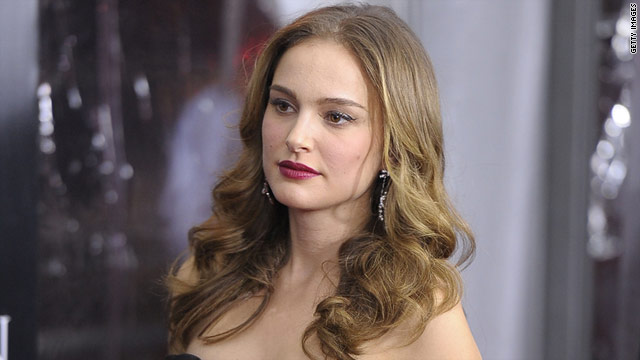 (The Frisky) -- Natalie Portman is getting a lot of Oscar buzz for her performance in "Black Swan." And while the young actress certainly deserves the attention for the mind-bending role, we're a little concerned that a dud of a movie is about to hit theaters that could distract critics from her performance in the ballet thriller. Her rom-com "No Strings Attached," also starring Ashton Kutcher, is coming out right before the Oscars.

Sometimes when this kind of thing happens, it makes the stronger performance seem like a fluke and can cost an actor precious Academy votes. But Natalie would not be the first star who went from stellar performance to getting stuck in a stinker.

From "Dreamgirls to "Norbit"

Apparently, a lot of people felt that Eddie Murphy's shot at winning an Oscar for his role in "Dreamgirls" evaporated after his 2007 movie "Norbit." For his role as James "Thunder" Early in "Dreamgirls," Murphy took home a Golden Globe and a Screen Actors Guild Award and earned an Oscar nomination (but not a win), but when "Norbit" dropped in theaters, the movie ended up winning eight Golden Raspberry "Razzie" awards. That's a lot of bad "fruit."

The Frisky: Pics of 15 celebrity slobs

Sandra Bullock made history in 2010 for winning both an Oscar and a Razzie in the same year. Actually, make that in the same weekend! Before accepting her Best Actress Oscar for "The Blind Side," the gracious actress accepted a Razzie for Worst Actress in "All About Steve." We're sure her two statues sit side by side.

From "Good Will" to six stinkers

Ben Affleck took home an Oscar in 1997 for writing "Good Will Hunting," so I suppose his acting prowess wasn't exactly on the line. But he followed up that win with a number of truly mediocre roles and was nominated for Worst Actor of the Decade Razzie this year for his contributions to film in "Daredevil," "Gigli," "Jersey Girl," "Paycheck," "Pearl Harbor," and "Surviving Christmas." Ouch. But it should be noted that Affleck did accept his 2004 Razzie in person, so at least he's a good sport.

"Catwoman" was a "Monster"

The Frisky: 10 female stars who are OK with nudity

He should have said "no" to "Vice"

Jamie Foxx had a great year in 2004 after winning an Oscar for "Ray," getting another nomination for "Collateral," and having a hit song with "Slow Jamz." But he followed that strong year with films like "Miami Vice" and "Valentine's Day," which, no matter what anyone says, was super mediocre.

She had a good and a bad "marriage" movie

Her performance in 2008's "Rachel Getting Married" earned Anne Hathaway an Oscar nomination, but her other bridal-themed flop, "Bride Wars," the following year made us forget all about it. Wedding-themed movies are just a hard genre to get right.

The Frisky: 10 Hollywood female celebs under 35 who are "out"

From piano man to sci-fi flop

Nothing could make me stop loving Adrien Brody, but he did manage to disappoint critics when he followed up his 2003 Best Actor Oscar for "The Pianist" with "The Singing Detective" and (shudder) "King Kong." And now he's wasting his talent in weird sc-fi movies like "Splice" and "Predators?" Get this man a period piece, pronto!