Adrien Brody does not want you to see his new movie 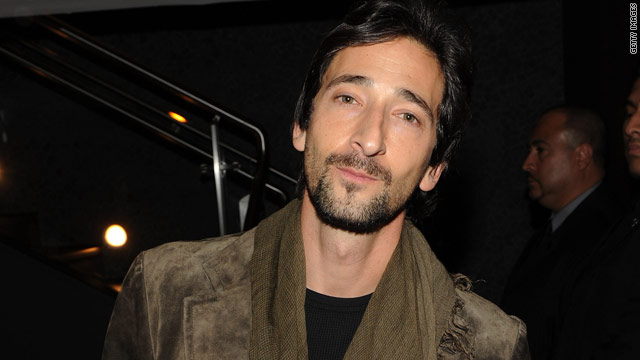 "Giallo," filmed in Italy, never made it to the theaters, but DVD sales begin Tuesday, according to the lawsuit Brody filed last week.

A lawyer for Hannibal Pictures, one of the defendants, said the DVD has been in rental stores since September 7, something he said Brody's lawyer should already know.

"He should have gone to Blockbuster and picked it up," defense lawyer Martin Barab said.

Brody, who won the best actor Academy Award for "The Pianist" in 2003, has been paid $960,000 for his work, Barab said. He acknowledged that the British production company still owes the actor the rest of his $1.5 million fee.

Brody's lawsuit claims he learned after the first week of filming in Italy that producers Richard Rionda and Rafael Primorac had failed to deposit a portion of his fee into an escrow account as required in his contract.

"In order to induce Brody not to walk off the set, as was his contractual right, Rionda and Primorac represented to Brody that they had new guaranteed funding lined up, and requested Brody to enter into a new superseding agreement," the suit said.

The new agreement "expressly granted the absolute right to withhold consent to the use of his likeness in the picture until he was paid the full amount of the $640,000 that he deferred," the suit said.

The fee has still not been paid and producers have ignored Brody's demands to withhold the movie, the suit said.

His lawsuit was filed in a federal court in California "after repeated and on-going efforts to resolve the matter were rebuffed with excuse after excuse by the producers," the suit said.

Barab said Brody's lawyer has been "trying to bully people into paying" since March.

Brody's agreement specified that the payment would come from the sale of the Italian distribution rights, Barab said. When that $2 million deal for that fell through, everyone lost money, he said.

"He's not the only one who didn't get his money," Barab said.