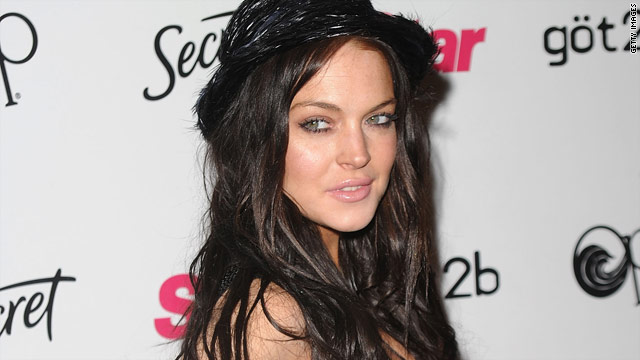 Lindsay Lohan missed a flight from France because she lost her U.S. passport, and will be unable to attend a court date.
STORY HIGHLIGHTS
RELATED TOPICS

Could Lindsay Lohan be heading to jail? She's scheduled for a court hearing today which could result in a warrant for her arrest. Get the latest details as they come out today on "Showbiz Tonight" 5 p.m. ET on HLN.

Los Angeles, California (CNN) -- Lindsay Lohan will not show up in court Thursday for a hearing to determine whether the actress-singer is complying with her probation sentence for a 2007 drunken driving conviction, Lohan's lawyer said.

Lohan missed a flight from France, where she was attending the Cannes Film Festival, because she lost her U.S. passport, attorney Shawn Chapman Holley said.

"I don't know if it was stolen or lost, misplaced," Holley said. "It's gone."

A hearing is set for Thursday morning in Los Angeles Superior Court Judge Marsha Revel's Beverly Hills, California, courtroom, but Lohan is stuck in Paris waiting for a replacement passport from the U.S. Embassy in Paris, Holley said.

"She is doing everything in her power to get back to the States, but I don't think it's possible," Holley said.

Revel warned Lohan in October that she would send her to jail if she failed to attend weekly alcohol counseling programs. The judge said she had been notified that Lohan was missing meetings.

Holley said Lohan is in "substantial compliance" with the alcohol counseling program.

"Is it absolutely perfect in terms of her attendance? No, but it's actually better than most people in these classes," she said.

Though the judge said Lohan must attend one class a week, she did say she could ask for court permission to adjust the schedule for her work. Any travel beyond 21 days that would cause her to miss meetings must be approved by the court, Revels said.

The judge said that although she wanted Lohan to have her career, she could not "thumb your nose" at the court.

Lohan was arrested twice in 2007 on charges of driving under the influence and in the second incident also was charged with cocaine possession.

Lohan was sentenced to three years of probation after she entered guilty and no-contest pleas to the charges.

Her pop music career, boosted by her movie roles, has faded recently. Her last album was released in 2005.