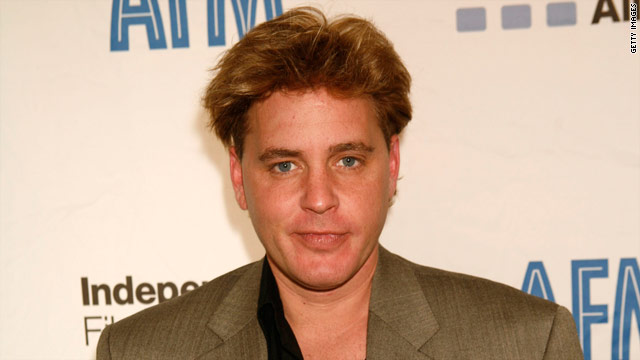 Actor Corey Haim's death was due to natural causes, including pneumonia, according to the Los Angeles County Coroner.
STORY HIGHLIGHTS
RELATED TOPICS

Although the investigation into Haim's death began as a "suspected prescription medication overdose," toxicology tests "revealed no significant contributing factors" from drugs, the coroner reported.

The autopsy found "an extremely large amount" of swelling in Haim's lungs, it said.

The ruling that his death was not related to his well-publicized drug addiction confirmed what his mother and manager have insisted for weeks: that Haim, 38, did not overdose.

Haim died March 10 after collapsing at the Los Angeles apartment he shared with his mother.

Although the 1980s teen actor battled drug addiction for decades, his death came when Haim "was making major progress" with a program to wean him from pills, said his manager, Mark Heaslip.

Toxicology tests showed that Haim's blood did have "low levels" of a list of drugs, including an antidepressant (Prozac), an antipsychotic (Olanzapine), diazepam (Valium), a muscle relaxer (Carisoprodol), a tranquilizer (meprobamate) and THC (a chemical in marijuana).

Haim also was taking a cough suppressant, antihistamine and ibuprofen.

Brown launched an inquiry of what he said was Haim's "doctor shopping" for drugs. Seven doctors gave him prescriptions for four controlled substances in the last 10 weeks of his life, Brown said.

Haim sometimes threatened to find other doctors to prescribe him drugs when his primary physician wouldn't give him what he wanted, his manager said.

"I would be the only one who could talk him out of it," Heaslip said Monday night.

His doctor was providing pills only in one-day supplies in an effort to wean him, Heaslip said.

Haim began his acting career in 1982, with a television appearance on the Canadian series "The Edison Twins." His first film role was in the 1984 American movie "First Born."

Haim also won rave reviews for his title role in the 1986 film "Lucas."

Film critic Roger Ebert said at the time, "If he continues to act this well, he will never become a half-forgotten child star, but will continue to grow into an important actor."

His most famous role was in the 1987 movie "The Lost Boys," in which Haim played a fresh-faced teenager whose brother becomes a vampire.

In recent years, the actor was reunited with longtime friend and frequent co-star Corey Feldman in a reality show. "The Two Coreys" ran for two seasons on the A&E Network.