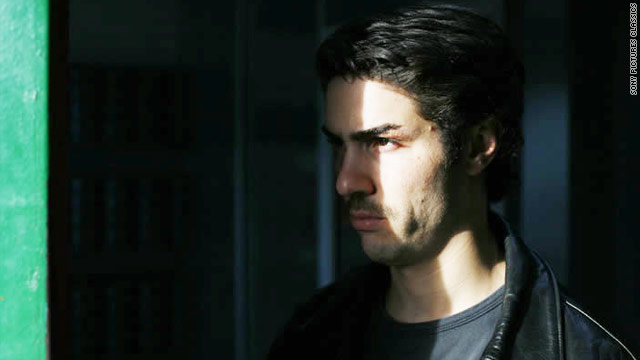 (CNN) -- They have titles like "El Secreto de Sus Ojos," "No Puedo Vivir sin Ti" and "Casanegra." They're directed by auteurs with names like Paresh Mokashi and Giuseppe Tornatore.

They've been selected from hundreds, sometimes thousands, of entries from countries like South Korea, Venezuela and Bangladesh. And some experts say they don't have the slightest chance of winning the Oscar for best picture.

Certainly not this year. No foreign language films were nominated in the best picture category.

The foreign language film category at the Academy Awards is one of the most respected worldwide, Academy executive director Bruce Davis said. The category was launched in the late 1940s, when it became clear that European and Asian nations were creating incredible films.

Every year, each of more than 60 countries around the world selects one film to send to the Academy for consideration -- kind of like the Olympics for filmmakers. The Oscar is then awarded, not to the filmmakers, but to the winning country.

"A better analogy is [soccer's] World Cup," Davis said. "You only get to submit one team to the World Cup and filmmakers have to decide within countries what they're going to send. Even India, which makes thousands of films a year, can only send one."

Richard Brody, a film critic for The New Yorker, thinks the nomination process is peculiar and leads to some strange films being selected by certain governments. For example, "We're not likely to see the best of Chinese cinema because it tends to be critical of Chinese government," he said.

A film must have predominantly non-English dialogue to be included in the foreign language film category. Yet any film submitted is also eligible for other categories, as long as it has been shown in a Los Angeles, California, theater for one week.

Yet no foreign language film has ever won best picture.

"I do understand why the Academy is looking first to American films," Brody said. "It's an Academy that's centered around Hollywood."

The Academy chose 10 nominees in the best picture category, up from five in past years. Foreign film lovers had hoped it would open up the category to their favorite picks.

"I'm a great fan of many foreign filmmakers," Davis said. "There have been years that, if they only counted my ballot, ... a foreign film would have won."

David Wallechinsky has a good grasp on the foreign language film nominees for this year -- he's already seen 47 of the 65 submitted. With a DVD collection including films from 105 countries, he's watched the gamut of foreign films from artsy to action-packed.

And his pick this year wasn't the nominated German film, "The White Ribbon." It's the French film "Un Prophete," by director Jacques Audiard -- which also was nominated.

"The 'Prophete' is way better than most of the movies in the U.S.," Wallechinsky said. "It's definitely better than 'Inglourious Basterds.' Even a film that was good like 'The Hurt Locker' -- that was a good film, I have no problem with that film -- 'Prophete' is still a better film."

There are lots of people who will only see a film in English. I know very educated ... people who just cannot handle subtitles.
--David Wallechinsky, who's seen 47 of 65 Oscar-submitted foreign films

Brody believes a film's Oscar win has less to do with its superior quality than with its commercial success. He says last year's winner, "Slumdog Millionaire," which grossed more than $141 million at U.S. theaters, might not have done as well if it was a foreign language film.

"Slumdog Millionaire" swept the 81st Academy Awards with eight Oscars, including best picture, director and adapted screenplay. But would it have won best picture if it hadn't been shot in English and released in the U.S.?

"In a word, no," Wallechnisky said. "There are lots of people who will only see a film in English. I know very educated, very sophisticated people who just cannot handle subtitles."

Still, with U.S. companies increasingly embracing the global economy, more Hollywood flicks are being filmed overseas. The lines are blurring between American and foreign -- Japanese anime is popular in the U.S., as are Asian action films and British comedies.

Davis says he can imagine a future when the lines won't exist at all.

"I think it would be great to think of a day when there is no need for a foreign language category. I'd love it, but I don't think we're quite there yet."