The Doors: Morrison didn't need to be 'pardoned' for anything 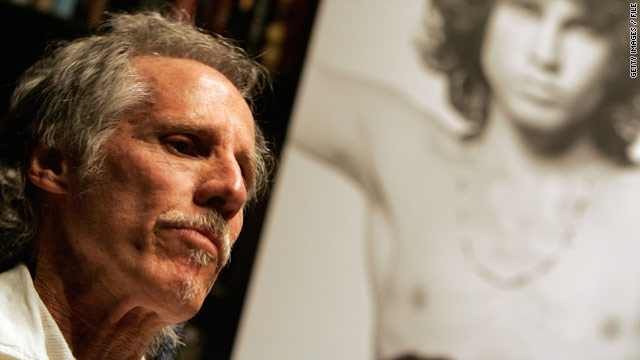 The Doors, including the band's drummer John Densmore, say the charges against Jim Morrison were a "massive waste of time."
STORY HIGHLIGHTS
RELATED TOPICS

(CNN) -- The surviving members of The Doors don't have many kind words for the recent pardon of legendary singer Jim Morrison by Florida authorities.

But Morrison's old bandmates, Ray Manzarek, John Densmore and Robby Krieger, said the gesture was too little too late.

"We don't feel Jim needs to be pardoned for anything," The Doors members said in a statement Wednesday. "The charges against him were largely an opportunity for grandstanding by ambitious politicians -- not to mention an affront to free speech and a massive waste of time and taxpayer dollars."

The statements also said: "If the State of Florida and the City of Miami want to make amends for the travesty of Jim Morrison's arrest and prosecution 40 years after the fact, an apology would be more appropriate -- and expunging the whole sorry matter from the record."

Despite being acquitted of lascivious behavior and drunkenness, Morrison was convicted of indecent exposure and open profanity, and sentenced to six months in jail. He was still appealing the verdict in 1971 when he died in Paris of a heart attack at the age of 27. He would have turned 67 on Wednesday.