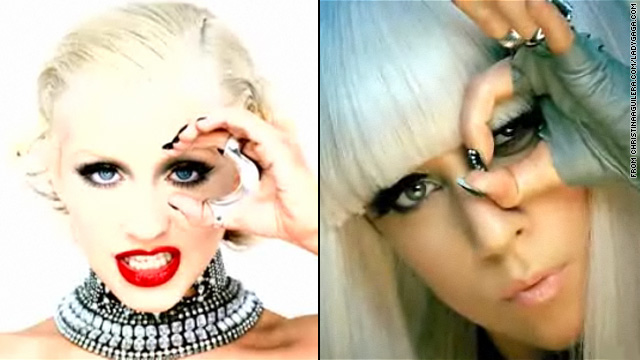 Christina Aguilera, left, denies rumors she has any animosity toward Lady Gaga, whom she earlier had called a "newcomer."
STORY HIGHLIGHTS
RELATED TOPICS

(CNN) -- Get four successful women together on a movie set and you'd think it's all claws, all the time.

Some rumors would insinuate that "Sex and the City's" Kim Cattrall doesn't get along with her co-star Kristin Davis, while another would allege there were catfights on the set of the sequel, as the stars revealed in the June issue of Marie Claire magazine.

Last week there was a similar tiff making headlines, although the spat seemed to be a bit one-sided. In an interview with Out magazine, pop star Christina Aguilera referred to fellow superstar Lady Gaga as a "newcomer" who was "fun to look at," but Aguilera posted a statement on her website claiming that there wasn't any malice behind those words.

"It is very easy for comments to be taken out of context and create unnecessary drama -- especially between us women," Aguilera said in the statement. "So I would like to tell you all directly so my words cannot be misconstrued to sell someone else's story. ... I have absolutely nothing against Lady Gaga or any other female artist in this business."

As Aguilera noted in her statement, this isn't the first time she's "been unfairly pitted against another female artist."

If Aguilera or the "Sex and the City" stars really are estranged from other famous women, so be it -- but why no mention of their relationship with co-stars Chris Noth or John Corbett? For that matter, where are the stories about how the male actors got along on the set?

"There are hardly ever any stories about male celebrities fighting," said celebrity blogger Vera Sweeney, who runs IAmNotObsessed.com. "Even when Shia LaBeouf got into that car accident while on a date with Isabel Lucas -- even though she was dating Adrian Grenier at the time -- nothing happened. Adrian said they weren't serious, and the story was dropped."

Obviously, this doesn't mean that male celebrities are never pitted against one another in the media -- take a look at earlier beefs between Kid Rock and Tommy Lee, Eminem and Moby or Nas and Jay-Z.

The difference, said Robert Thompson, director of the Bleier Center for Television and Popular Culture at Syracuse University, is that those battles are often steeped with violent overtones, and they're treated with more severity than the disputes female celebrities are rumored to have.

Or, Sweeney said, the "celebrity men in conflict" angle will be given a different spin.

"Instead of there being a power struggle or an emotional issue, different work ethics will most likely be cited," she said. "For example, when Christian Bale and Johnny Depp filmed 'Public Enemy' it was said that both men wanted to stay in character even when they weren't shooting. So it was understood why they weren't friendly with one another in between takes -- because they were 'in character.' If two women did that, it would be pitched as a cover-up for a more deep[ly] rooted reason."

The actresses themselves seem to accept it as just another part of an oft-dirty business. "The chemistry among the four of us is very strong, [but] ... the press has to put women in these boxes, rather than show them as the movie portrays them: working together and being powerful," Cattrall said in the Marie Claire interview. "Things just have to be explosive for no other reason than for people's imaginations."

A likely reason for the media coverage, explained pop culture expert and "The Cult of Celebrity" author Cooper Lawrence, is because "it's much easier to believe that women don't like each other. It's one of the few bastions of sexism that's left in our culture, and we can't imagine that powerful, successful women could ever get along."

It all boils down to the gender norms many of us are raised with, Thompson said.

"One theory we can reject is that the women are fighting with each other more than the men are. ... Anyone who's been in a workplace knows that it's not an inherently gender-specific sort of thing," Thompson said. But "with the gender norms that we've all grown up with, men manifest their 'cattiness' differently than women; we're OK with the idea that women are emotional, and we expect them to be."

But said Ian Drew, senior editor of celebrity magazine Us Weekly, you can't discount the reality of the entertainment industry -- and that's to sell albums and rack up box-office numbers.

"Obviously, this is a competition," Drew said. "People need to be responsible for their own actions -- [Aguilera] did say those words, and she said those things for a reason. Lady Gaga, for example, never says anything negative about anybody."

If these stars wouldn't send the media smoke signals with their words or actions, Drew said, the media wouldn't start yelling fire. "No one is a victim in the celebrity world," he added. "Very few of those rumors end up not being true."

Regardless of whether they're true or not, Sweeney said she's willing to bet the stories of this starlet being angry at that one aren't likely to let up anytime soon.

"The question isn't why are these stories about women catfights being created," she said. "Unfortunately, the question is why not? People enjoy the drama, and drama and divalike behavior sells."