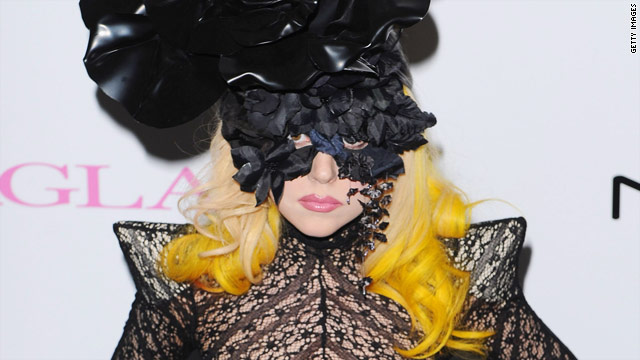 Lady Gaga is one of many celebrities preaching abstinence.
STORY HIGHLIGHTS
RELATED TOPICS

(The Frisky) -- There are certain people you expect to preach abstinence -- for example, your parents and that sex-ed teacher in high school who traumatized you with an STD slideshow. But you might not expect to hear it from Ms. No Pants herself, Lady Gaga.

But at a recent event for M.A.C's Viva Glam, Lady Gaga said, "I can't believe I'm saying this -- don't have sex. It's not really cool any more to have sex all the time. It's cooler to be strong and independent," she said. "It's OK not to have sex, it's OK to get to know people. I'm celibate, celibacy's fine."

And the Lady is not the only celebrity keeping her pants zipped.

The Frisky: SHE betrayed him -- 10 famous female cheaters

She may be the most well-known teen mom in America, but Bristol Palin doesn't want other teens following her footsteps. She's joined forces with the Candie's Foundation to encourage teens to wait on sex until they're married. And what about for her? She's sworn that she's not having sex again until she is married. "It's a realistic goal for myself," she said when Oprah pushed her on the topic.

Adriana Lima -- who got hitched a little over a year ago -- was also famously pro-abstinence. "Sex is for after marriage," she told GQ. "[Men] have to respect that this is my choice. If there's no respect, that means they don't want me." She had her first baby in November.

The Frisky: 8 stars rejected by Playboy

Matthew McConaughey recently practiced forced abstinence when his wife, Camilla Alves, declared that there would be no sex for 40 days after the birth of their child. Sigh.

Robert Pattinson confused fans in an interview with Movies Ireland when he said that he was Catholic and that he'd adopted Edward's abstinence for himself. He said, "'Twilight' is a big metaphor for sexual abstinence. The success of the 'Twilight' books comes from the fact that fans can lust after Edward and yet, certainly in the first book, there's no actual sexual contact between him and the series heroine." Could R-Patz really be on the abstinence wagon?

The Frisky: 10 guys we NEVER want to get with

At one point he asked, "Are You Gonna Go My Way?" but these days Lenny Kravitz is abstaining from sex. In 2008, he said he'd been celibate for three years. "It's just a promise I made until I get married. Where I'm at in life, the women have got to come with something else, not just the body, but the mind and spirit. It usually trips them out, but that's the way it's going to be. I'm looking at the big picture."

After she broke up with Travis McCoy of the Gym Class Heroes, Katy Perry vowed she was done with sex for the year. "I've actually taken a vow of celibacy this year," she said. "No kissing anyone. Just my cat, Kitty Purry." We kind of doubt she's stuck to that, considering that she's now engaged to Russell Brand. But we guess it's possible.

The Frisky: 20 things to stop feeling guilty about

Now that Britney Spears is a mom twice over and Jessica Simpson has been called "sexual napalm," a new set of pro-abstinence teen stars has sprung up in their place. Yes, the Jonas Brothers could probably get any teen girl in the land. But they all took celibacy vows and wear rings signifying "our promises to ourselves and to God that we'll stay pure 'til marriage." Only big bro Kevin, who got married in December, is doing the deed.

Shocker. Miley Cyrus is also on the bandwagon. "I want to keep my virginity until I marry. I was brought up in a Christian family," she said. Ditto for Selena Gomez and Jordin Sparks.

Eva Longoria abstained from sex while she was engaged to Tony Parker. But she didn't do it for moral reasons -- she didn't want to ruin the San Antonio Spurs' play-off winning streak. "Luckily, we're getting married after the play-offs and then we need to consummate the marriage," she told Jimmy Kimmel.

Danielle Staub upped the scandal factor on "The Real Housewives of New Jersey" when she got intimate with a younger guy. But no more. "I'm abstinent now," she said recently. "I realized that with abstinence, if you really, really believe in yourself like I do, you discover your own self-worth. Abstinence means you refrain from any sex -- thinking about it, doing it -- even to yourself! I'm a born-again virgin."